Floyd Mayweather CEO Leonard Ellerbe has leaped to the defense of the former world champion amidst a wave of criticism following confirmation of a YouTuber fight.

Mayweather will fight an internet vlogger on June 6th in what could be a laughable match-up. There are musings on whether Mayweather will even go full force against the novice.

Internet trolling on the Showtime offering has seen comments like, “Floyd won’t be trying” or “Mayweather hasn’t even trained” for it.

Ellerbe had none of it at a recent press gathering and didn’t attempt to sugarcoat anything regarding the Pay Per View.

“One thing about the [YouTuber] brothers is they’ve shown they can have an impact on anything that they do. I’ve been very impressed with both of those guys, especially [Floyd’s opponent].

“I’m not going to stand here and pretend that these guys are ready for championship fights because they’re not, but they work extremely hard, and they’re very good at what they do.” 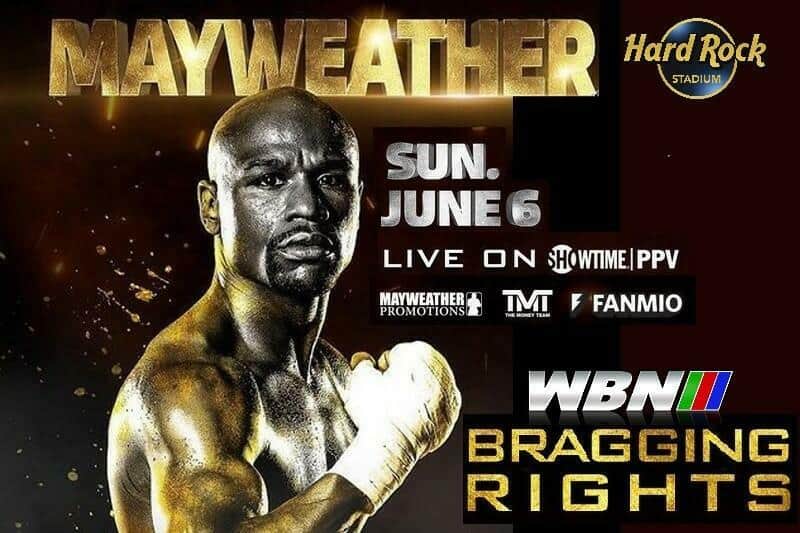 Instead of pushing the Mayweather fight in people’s faces, many of whom are dead against the fight (like WBN), Ellerbe pointed to a stellar undercard.

“We have two hot events coming up. We have the Floyd event with a tremendous undercard from top to bottom,” he said.

“Also, we have all my pro debut guys. I call them my starting five. And then we have Chad Ochocinco, who is going to be fighting in an exhibition.

“Everybody is dying to see that. And then we have former unified champion Jarrett Hurd taking on Mayweather Promotions’ own Luis Arias.

“I think that will be a tremendous fight. Those guys will be looking to steal the show in a 10-round bout.

“In the co-main event, we have none other than Pascal vs. Jack. That will be a war. Their first fight was a Fight of the Year, and I expect nothing different.

“The fans are really in for a treat with that fight. We were waiting for the right opportunity to make the Pascal vs. Jack rematch.

“This is a tremendous platform. It’s a huge event, and it’s the type of platform that these two guys deserve to be seen in a global situation around the world.

“My starting five is filled with top-tier talent. I know talent when I see it. Every one of these guys I’ve had a great look at up close and personal.

“I was beyond impressed. Floyd was also. All of them have big futures,” concluded Floyd’s right-hand man.

With just two weeks to go until fight night, the buzz for Floyd Mayweather’s next contest is not at the level you’d expect so far.

If Floyd Mayweather is trying to break the 4.6m US PPV record secured versus Manny Pacquiao, it’s hard to see how this will happen with the level of interest and promotion at the moment.

Therefore, things will need to ramp up considerably, or Mayweather may have to settle for breaking the million mark only. Anything beyond that would be an astonishing achievement for this bout.