Twenty-six years into a glorious career, and at age 42, Manny Pacquiao still dares to be great. The all-time boxing legend and record-setting eight-division world champion will return to the ring to challenge unified welterweight world titlist, Errol Spence Jr. on Aug. 21.

The fight, which will take place in Las Vegas – probably at the MGM Grand Garden Arena – will headline a Premier Boxing Champions card on Fox Sports pay-per-view.

Pacquiao had been linked to various fights in recent months with the likes of welterweight world titlist Terence Crawford, former four-division world titlist Mikey Garcia and even a possible boxing match with UFC superstar Conor McGregor, among them.

But on Friday, Pacquiao posted to social media artwork of him and Spence. He announced the fight date, Las Vegas as the location, and the broadcaster.

World Boxing News had stated Pacquiao favored Vegas as his next destination for a long time.

Spence also confirmed the fight on his Instagram feed, posting the same poster artwork that Pacquiao did and writing, “Done deal. I’ll see y’all in Vegas for the biggest fight of the year.”

Pacquiao (62-7-2, 39 KOs), a senator in his native Philippines, will be fighting for the first time in 25 months. It comes since his imposing decision victory over Keith Thurman at the MGM Grand Garden Arena.

“Pacquiao knocked Thurman down in the first round and went on to win a split decision. Most thought Pacquiao clearly won. Pacquiao handed Thurman, a man ten years younger than him, his first defeat and claimed his WBA welterweight world title. However, because of Pacquiao’s inactivity, the WBA stripped him of the belt in January and reclassified him as a so-called “champion in recess.”

The coronavirus pandemic, his duties in the senate in the Philippines, and the inability to fight with a big crowd. The millions of dollars in ticket money that go with it – have kept Pacquiao on the shelf.

“Unlike a lot of fake news that has circulated for the last year and a half about fights with Terence Crawford and other contenders, rumors threw a lot of different names around. The Senator is looking forward to fighting another great fighter in Errol Spence,” Gibbons told World Boxing News.

“The timing of the Senator returning to Las Vegas, Nevada, the great state I live in, is perfect with the city re-opening fully, at 100 percent.

“The timing couldn’t be better to bring the eight-division world champion back to Las Vegas, where he’s had so many memorable nights, including his last history-making welterweight title victory against Keith Thurman when Manny became the oldest fighter ever to win a welterweight world title.”

Pacquiao did have a deal agreed to for a fight with fellow pound-for-pound star Crawford (37-0, 28 KOs), 33, on June 5 in Abu Dhabi, the capital of the United Arab Emirates.

The bout was ticketed to headline an ESPN PPV card. However, the group that had agreed to put up millions of dollars for a site fee missed key deadlines to deposit the money, so and the deal fell apart.

There were also serious discussions between Pacquiao’s team and Garcia about a fight over the past year. 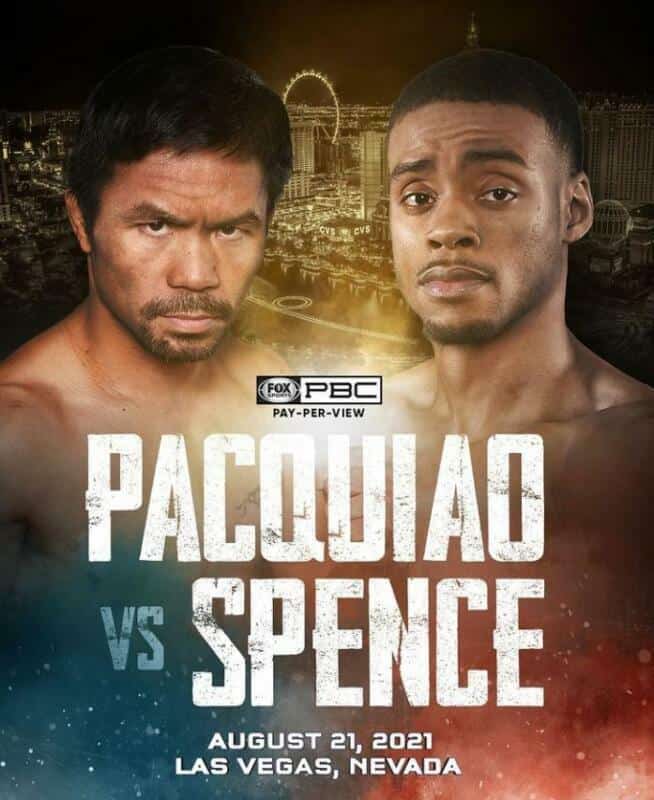 But as Garcia told World Boxing News two weeks ago, in part, “There’s a lot of people regarding Manny Pacquiao. Everybody around him is a manager.

“Everybody around him is the one adviser you gotta talk to. And so sometimes I get one guy telling me this is a done deal, we’re ready to go. And then someone else says, ‘no, no, no, we need something else.’

“It’s always, ‘Manny loves the fight with you. It’ll be a 12-round fight; obviously, it will be a big event.

“He loves the idea of fighting you.’ They’ve mentioned (fighting) in Saudi Arabia. They mention Los Angeles; they mention possibly here in Texas.

“So, we’ve had conversations, but it has never really solidified. There’s always something missing or something keeps it from happening.”

Now it won’t happen any time soon with Pacquiao linking up with Spence (27-0, 21 KOs), a 31-year-old southpaw from Desoto, Texas.

Spence, also a pound-for-pound elite fighter, will be making his sixth title defense against Pacquiao. In September 2019, Spence headlined a Fox Sports PPV and dropped Shawn Porter in the 11th round, and won a deserved split decision to unify his IBF 147-pound title with Porter’s WBC belt.

Three weeks after that big victory, in the early morning hours of Oct. 10, 2019, Spence was involved in a horrific high-speed, one-car crash in Dallas that got caught on video. Spence’s Ferrari flipped multiple times, and he was thrown from the vehicle. 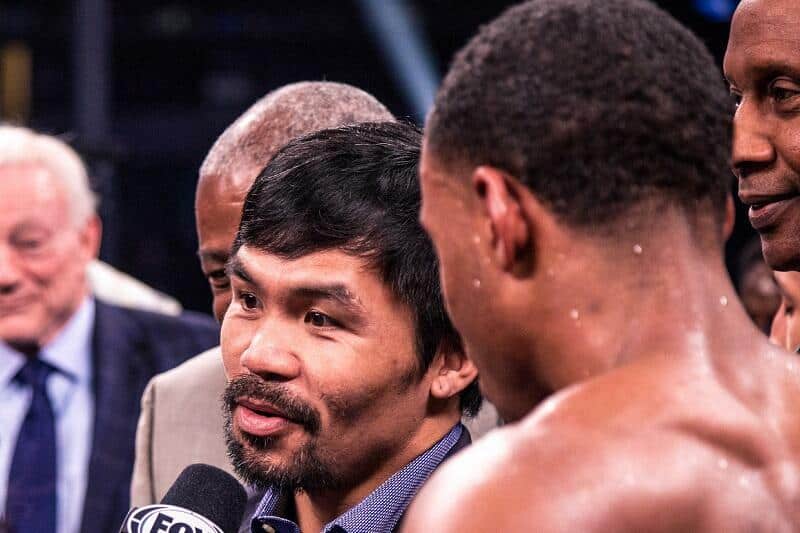 The car was destroyed, and Spence came to rest on the concrete. He was rushed to a nearby hospital but as horrendous as the accident looked, Spence, who was charged with driving under the influence, amazingly had no significant injuries or broken bones.

However, his face was badly bruised, cut, and swollen, several teeth had been knocked out, and he spent time in the hospital. Even after his release, he had constant neck and hip pain.

It’s described as “trauma” to his muscles. He knew he was lucky to be alive even though he did not know if he would regain his form as a top boxer.

But fifteen months after the wreck, Spence returned on Dec. 5 to defend his unified title belts against former welterweight and junior welterweight world titleholder Danny Garcia in a Fox Sports PPV main event at AT&T Stadium in Arlington, Texas. Despite the car crash and layoff Spence didn’t look like he missed a beat as he convincingly outpointed Garcia.

“We presented the Senator with a lot of fights over the years, and he has never turned down anyone or cherry-picked a fight,” Gibbons said.

“Errol Spence Jr. is the fight that we presented to the Senator. He didn’t spend time looking around to fight a YouTuber, or a kickboxer like Floyd Mayweather did (in exhibition bouts).

“The Senator would never stoop to that level. If he didn’t compete at the highest level, he wouldn’t embarrass himself on circus shows.

“Manny Pacquiao wants to fight the best. Errol Spence Jr. is one of the best and the fight presented to him.

“Fighting tough opponents and taking the biggest challenges in real fights is what Manny Pacquiao has done his whole life.”