The debate is already raging regarding the performance of Billy Joe Saunders in the Canelo Alvarez fight, with many of them chalk versus cheese.

During the middle rounds of eight tough sessions with Canelo in the 22-foot ring, he vehemently asked for during fight week; Saunders did well.

The extended squared circle, which got driven in, especially after Saunders threatened to withdraw. Ultimately it couldn’t save him from Canelo’s vicious uppercuts and body shots.

At the time of the stoppage that saw Saunders stay on his stool at the end of round eight and head to the hospital with considerable facial damage, WBN had the contest level.

Giving Saunders a quiet first, followed by the fifth, sixth and seventh – two of which were very close – the Briton did well in periods to nullify the attacks.

Flashes of his best career performance against David Lemieux were evident. They were enough for the likes of Gareth A. Davies – a respective UK journalist – to have Saunders ahead.

He said: “I had Saunders well up in the fight before he did not answer the bell for the ninth round. His eye damaged after two huge uppercuts in the eighth from Canelo.” 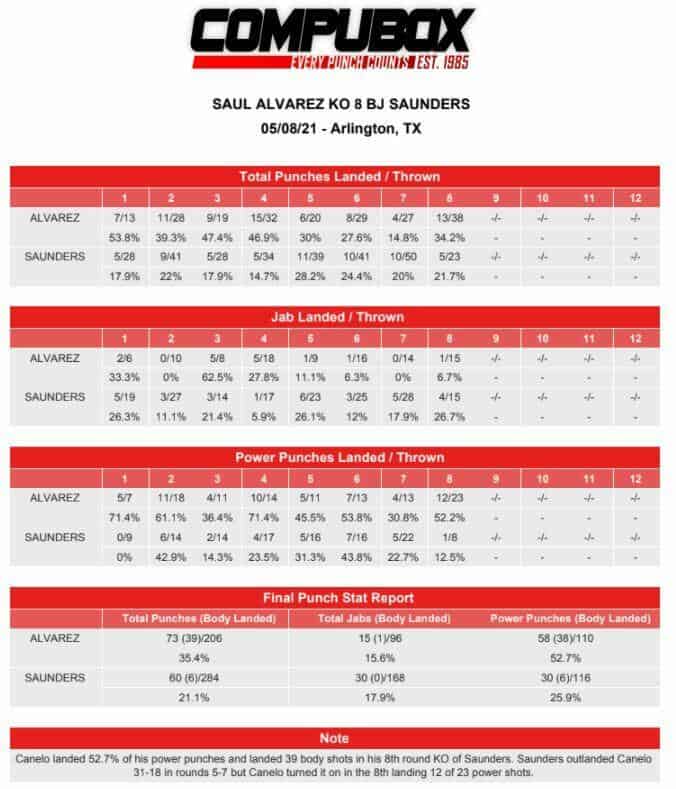 Those rounds scored by WBN seem to be backed up by CompuBox. They revealed Saunders was on top in those mid-rounds after gaining round one with the consensus of ringside and social media scorers.

“Canelo’s shots were precise but also few and far between. Saunders out-landed Canelo, 31-18 in rounds 5-7 before getting suffering the eye injury,” they said.

However, some didn’t see anything like that and had Canelo dominating every single round. That’s not how the fight went down.

Sadly, Saunders will only get remembered by the vast majority for calling the fight off before the bell for the ninth. And the scorecards didn’t leave him much of a chance of winning from that point anyway. 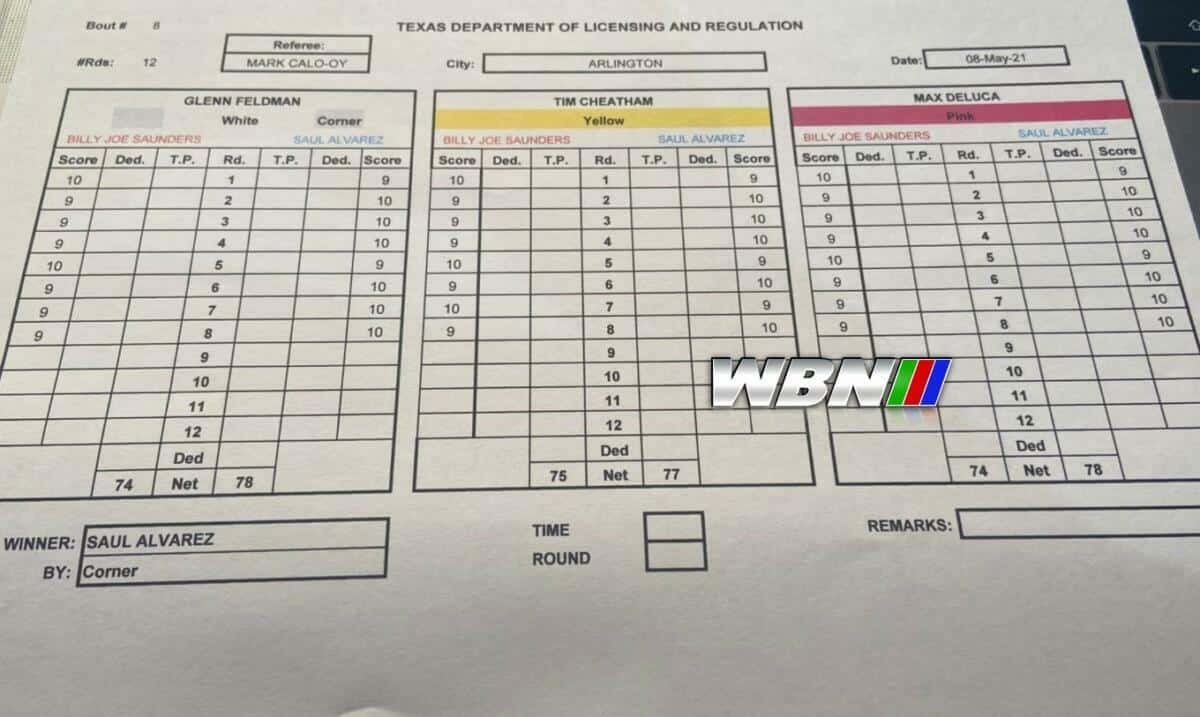 After those eight completed rounds, the scorecards read – Glenn Feldman and Max De Luca 78-74. Tim Cheatam 77-75 – all three for Canelo.

Making a career-high payday and still only 31, Saunders can come again. But if you look at what happened to Kell Brook once those facial bones begin to collapse, it could be a tough road back to the very top.

Props to Canelo, though. Solid.