Boxing legend Floyd Mayweather returns for an exhibition on June 6th and could be out-weighed on the night by between thirty and forty pounds.

‘Money’ aims to take home another $100 million-plus check by facing a YouTuber who may hit the scales between 190 and 200 pounds for their bout.

Floyd Mayweather’s right-hand man Leonard Ellerbe pointed out that the five-weight world champion is no stranger to any weight disadvantage.

The Las Vegas native has been doing it for years.

“When Floyd was 130, he used to tell Bob Arum and Todd DuBoef just to let me fight that mf. I can beat him. He can’t beat me.

“He used to tell me every day. I mean every day, “L, you don’t believe but me and that mf going to fight one day. I’m going to beat him. I promise you that!” 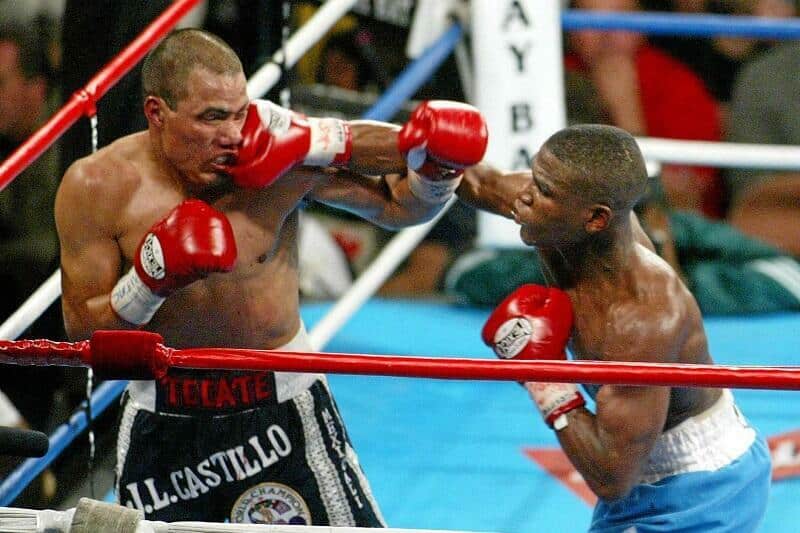 “Oscar was that dude back then, trust me. He was by far the biggest dude in the sport!

“As you know, psychological warfare is part of our sport and has been for many, many years. Floyd worked ass off in the gym his entire career and beat his opponents mentally and physically!”

Mayweather was out-weighed in his final bout against Conor McGregor, but this should be substantially easier than even walking in the park.

The best fighter of his generation is taking on a novice. Bookmakers may not even take bets on a stoppage in this fight if they know what’s good for their pockets.

Despite a vast gulf in class, Mayweather will be under pressure. Furthermore, he has to score an early knockout to show these vloggers who the boss is in there.

If that doesn’t happen, plans to compete in further exhibitions could be in jeopardy, along with his reputation.