Michael Carbajal still a champion outside of the ring

Five-time world champion, Hall of Famer and Olympic silver medalist Michael Carbajal may be recording the best victories of his life at the age of 43 as a retired boxer.

Instead of receiving a beautiful belt or medal for his achievements, Carbajal now helps build character for countless Phoenix youngsters who may not have another way to get off the mean streets.

Carbajal loved boxing from the start, however, he didn’t have his first amateur match until he was 14, because his father, the late Manual Carbajal, a former Arizona Golden Gloves champion, wouldn’t allow his son to box until he was older.

“I wanted to box since I was six,” Carbajal reminisced. “I didn’t understand why I couldn’t, but my father told me to watch and learn from my experiences in the gym and at tournaments. I waited until I was 14, working out in my backyard, as my father taught me the basics. I remember hearing about kids at tournaments with 100, 200 amateur fights.

“I only had around 100 (his reported amateur record is 94-9) as an amateur. I was new to the sport and took my losses as wins because I learned from every fight. I still remember my first amateur fight. It’s where it all started. I lost to Kevin Davis. I entered the tournament against him with no fights and he had 32. I lost that fight and wanted to fight him again. I always wanted to fight the best. We fought two more times at the state championships (they split). 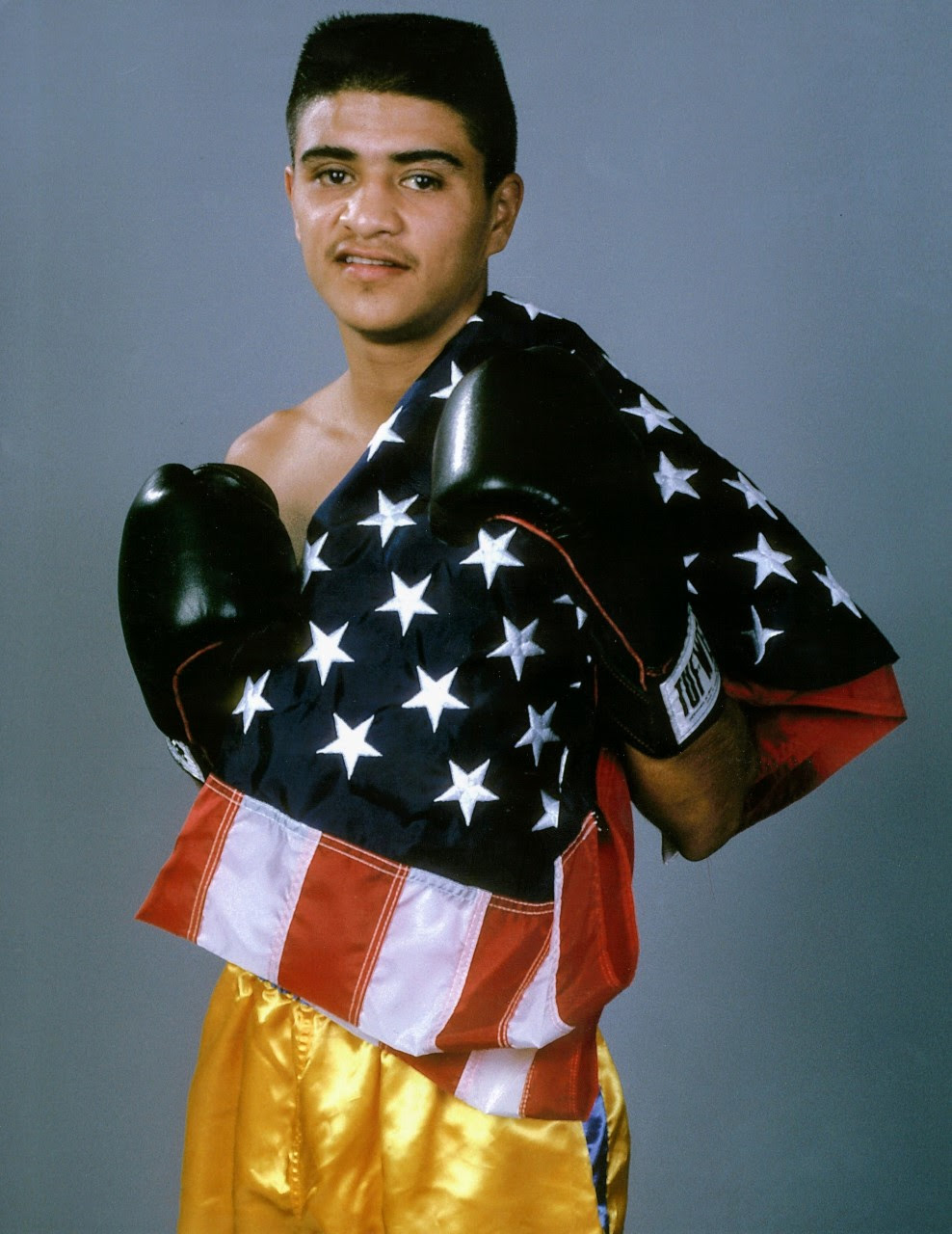 “My most memorable fight was at the 1986 National Golden Gloves Championship. I still remember my opponent (in the championship final), Gary Harvey. I’ll remember that fight for the rest of my life. I won every national tournament after that until 1988.”

Carbajal first got into boxing for the same reason so many others have for decades…a tough environment. He still lives in the La Nuevo (9th St.) neighborhood. “It was terrible here when I was 11 or so,” Carbajal explained. “I still live here, but it’s not as bad now. We had shootings and gangs across 3 or 4 blocks that separated us. I never left. I have so many friends from back then who were involved in drugs and shootings.

“I ignored everything because I was determined and desired to be world champion. Today, people who knew me back then, say: ‘You’re still Michael.’ My accomplishments were because I love boxing so much. In 1988, Carbajal was the United States amateur junior flyweight champion, who defeated Eric Griffin (co-captain of 1989 & 1991 World Amateur Championships), 5-0, in the final of the U.S. Olympic Trials, and then he won again at the U.S. Olympic Box-Offs by way of a third-round disqualification versus James Harris.

Carbajal traveled to Seoul, South Korea as a member of the 1988 USA Olympic Boxing Team. In the opening round, he edged hometown favorite Kwang-Soo OIh, 3-2, that likely came back to haunt him in the gold medal match against Bulgarian Ivailo Khristov, in which Carbajal lost, 5-0, in what many alleged was due to biased scoring.