Mike Tyson walking away from Triller, began a chain reaction of blows to the company despite back-to-back million pound Pay Per View sales.

In only two events, Triller has reimagined boxing’s ability to put on shows. But not without some criticism.

Following Mike Tyson’s decision not to work with the company again after his with Roy Jones Jr. last year, Triller has suffered more disappointments.

Their latest offering was roundly battered in the media for its car crash nature, compounded by Oscar De La Hoya being off his face on the live stream.

Then, respected analyst Al Bernstein confirmed his decision not to return for a second helping with Triller. Another body shot.

Bernstein said in a later deleted post: “Well, I haven’t said this in public yet. I will not be returning to the franchise.

“However, I want to say I wish the VERY best to my pal @SnoopDogg & Ryan Kavanaugh, head of Triller, and all the producers and crew I worked with there.

“They were delightful. I wish them the best for Fight Club,” he added.

Now, Triller has revealed that scammers hijacked the stream and sold it off to make money themselves.

A lawsuit has since been launched.

Releasing a statement to WBN, they said: Triller Fight Club today announced that it had filed a lawsuit in the U.S. District Court of Central California concerning widespread piracy that impacted their April 17 Triller Fight Club Pay Per View event that was held at Mercedes-Benz Stadium in Atlanta, Georgia.

“The lawsuit seeks $100 million in damages from the groups named.

“It’s shocking to think a theft so grand can be done so blatantly and brazenly and with no remorse.

“There is zero difference between what they did and walking into a market stealing tons of a product and selling it at a discount in the parking lot.

“It’s neither civilly nor criminally any different, and we are prosecuting to the fullest extent of the law.

“There were more than two million illegal streams, akin to hundreds of millions of dollars.” 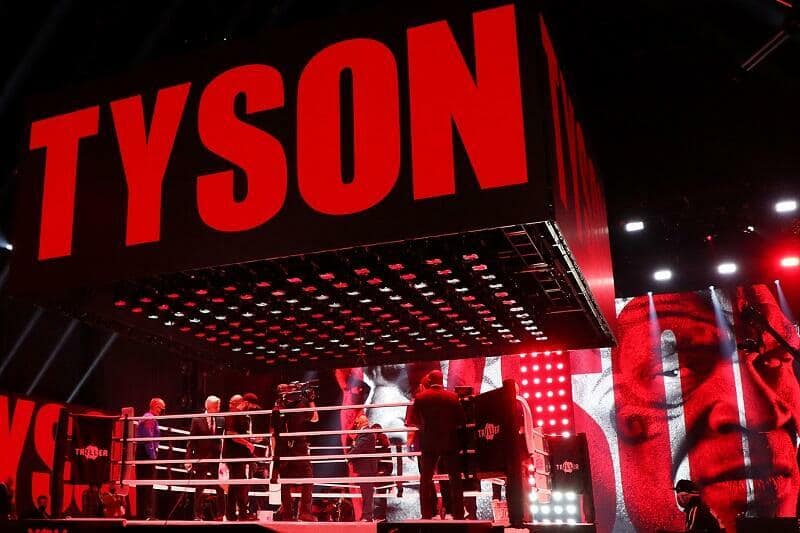 “People put a lot of hard work, time, and money into creating a product for the consumer, and having it stolen and resold is terribly damaging.

“The good news is they are not protected by VPN masking or other firewalls as their activities are criminal and grand theft, so we will ultimately find them.

“We will prevail, not just for us but for content creators in general.” – Ryan Kavanaugh, co-controlling shareholder, Triller.

It’s not good news ahead of Teofimo Lopez and Evander Holyfield co-headlining on June 5th.