Also on the bill, Callum Johnson continued his push towards another title shot quickly.

Felix Cash stops Denzel Bentley in three rounds to unite the Commonwealth and British titles. A frantic start saw Bentley letting his fists fly but then being badly staggered by Cash’s right.

Bentley recovered and showed some silky skills but rocked a couple more times by Cash and continued to hunt Bentley to the bell.

There was plenty of movement and plenty of jabs from Bentley in the second, but Cash continued to walk him down. Bentley boxed well and managed to avoid trouble, but Cash looked dangerous with his overhand rights, notably as Bentley persistently held his left hand low.

Cash caught up with Bentley in the third. He forced Bentley to the ropes and then connected with a series of head punches that had Bentley slumping and helpless, and the referee made a good stoppage. Cash retains the Commonwealth title and takes Bentley’s British title with his tenth and most impressive win.

Bentley had drawn with and then stopped Mark Heffron in 2020 and was No 9 with the WBO, but he lacked the punch to keep Cash out and paid the price for that and a too-casual defense. 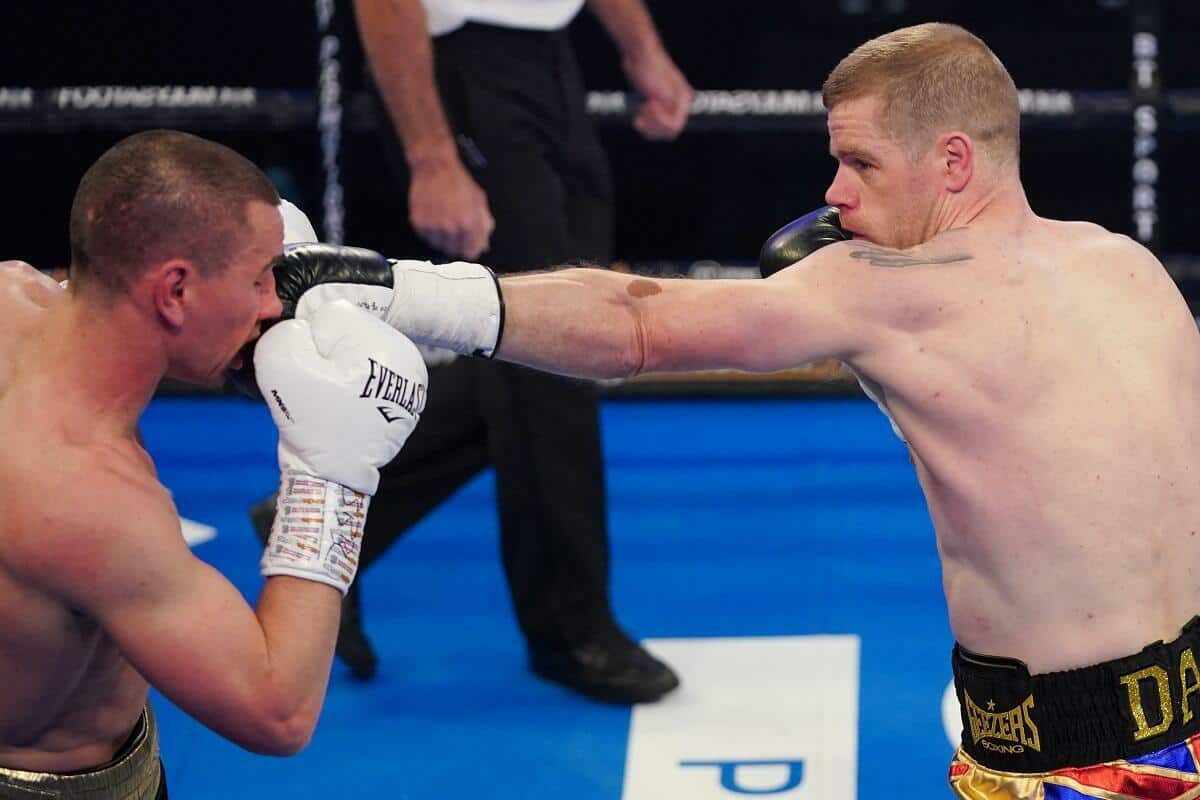 Callum Johnson overwhelms Markic and batters him to defeat in two rounds. Johnson immediately jumped on Markic, forcing him to the ropes and showing him hooks to the body.

Markic managed to get off the ropes, but Johnson continued to find the target with hooks. Johnson was rolling forward when a right from Markic saw Johnson sag at the knees and almost go down.

He staggered back. Markic went after him throwing punches. But Johnson recovered and soon had Markic trapped on the ropes again and under fire.

Markic boxed well at the start of the second, but Johnson quickly took control and had Markic pinned against the ropes and landed a series of lefts to the head until Markic slumped to the floor and the referee stopped the fight. First fight for Johnson since beating Sean Monaghan in three rounds in February 2019 but no sign of rust.

His only loss was a fourth-round kayo by Artur Beterbiev for the IBF title in October 2018.

The long period out has seen him drop in the ratings and miss a chance to fight for the European title, so he will want to keep active with fellow Brits Lyndon Arthur, Anthony Yarde, Joshua Buatsi, Craig Richards, and dangerman Ricards Bolotniks all rated.

Bosnian Markic, 38, was rated No 15 by the WBO, but he could not cope with the power and aggression of Johnson. He doesn’t hold a ranking in the top 15 in the EBU ratings.