Once defeating Ruslan Chagaev to claim the WBA “Regular” version, Browne was laid out by Gallen after a barrage on the ropes.

Reporter Eric Armit picks up the story for World Boxing News as the aging Browne debates where his career goes from here.

The determined Paul Gallen blasted out Lucas Browne in less than two minutes of their heavyweight contest.

Browne came out poking out his left using his height and more extended reach to force Gallen back to the ropes.

The boxer let fly with a couple of punches to the head, but Gallen turned Browne to the ropes. He then landed a series of rights that put Browne down.

He was up at four. When the eight-count was completed, Browne tried to stand and punch with Gallen, to no avail. 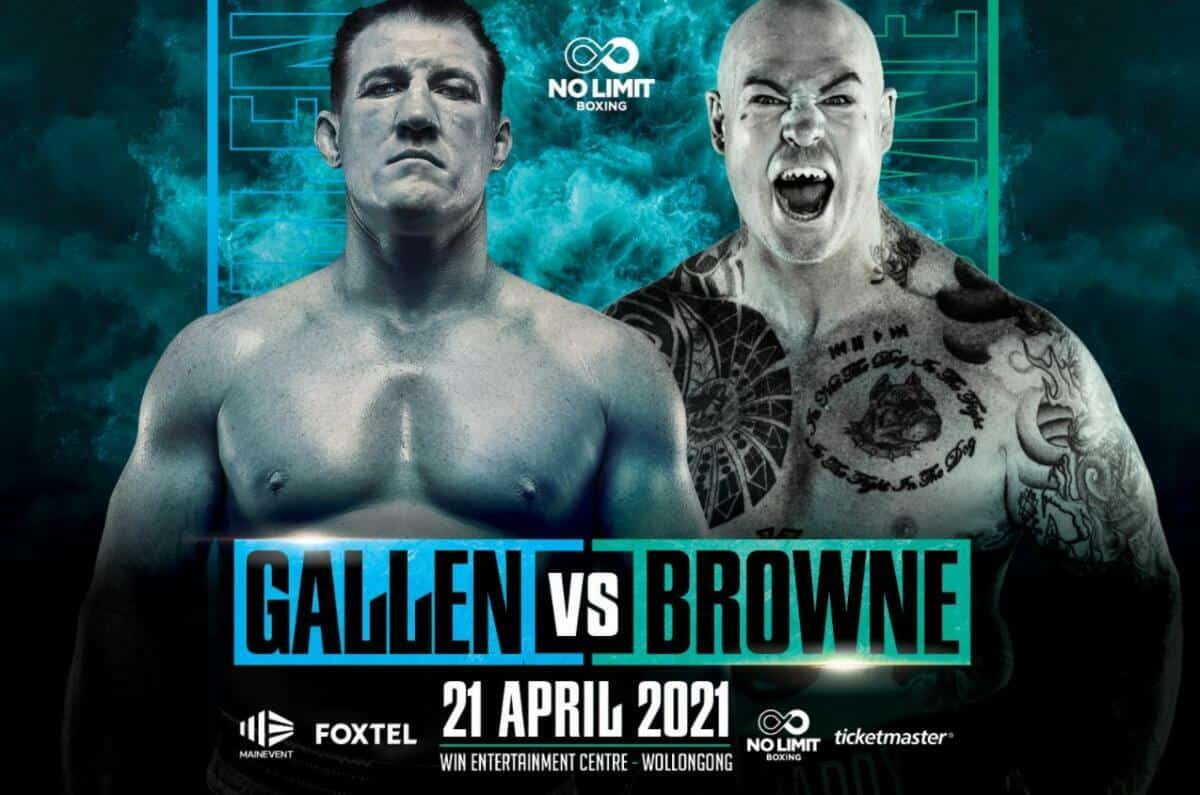 Gallen staggered him with a right and then kept pounding Browne with rights until Browne went down again.

Although he staggered to his feet, the referee had waved the fight over after just 1:55.

A sixth win inside the distance for the 39-year-old Australian Rugby League player Gallen. Despite giving away seven inches in height and 33lbs in weight.

The 42-year-old Browne was pathetic despite big words before the contest. The win said more about Browne than his opponent.

To his credit, Gallen is tremendously strong but has only rudimentary techniques.

Nine of his victims had only five wins between them. The draw was three fights ago against 44-year-old Barry Hall, who was having his only pro fight.

Browne, a former holder of the secondary WBA title, had been knocked out in three rounds by Dave Allen in April 2019.