Anthony Joshua posted positive news on the undisputed heavyweight battle with Tyson Fury as the deadline for an agreement ran out.

Almost 48 hours after Fury had stated the deal had only one day to be agreed, AJ took to social media to confirm the first offer.

Promoter Eddie Hearn had promised “three or four” deals for each fighter to choose from when updating previously.

Whether this is the case remains to be seen. But judging by Joshua’s words, there may only be one so far.

“@258MGT and @Matchroomboxing have received the first OFFICIAL offer to host the undisputed heavyweight championship of the world!

“I will be victorious. God willing! No place to hide now. I’m coming,” he added.

What this means at this point is anyone’s guess as Fury has become more and more agitated as time has gone on.

Over the past week, the WBC champion has aired his frustrations publicly. Ever his father, John has expressed his skepticism over a deal.

Hearn told both to be more positive and “show support” for the fight as the Matchroom boss clamors to get a deal over the line.

Dates of July 17th and 24th take precedent since the London Mayor asked Hearn to reconsider staging a UK fight. 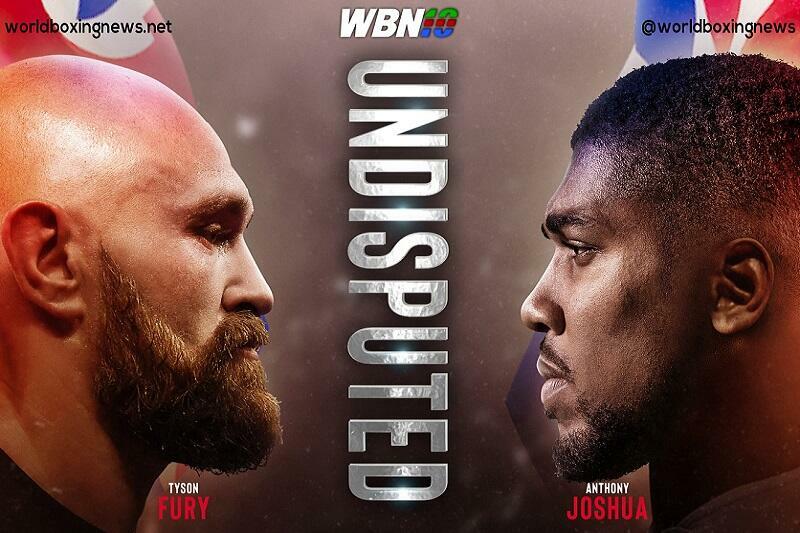 Fury’s trainer Sugarhill Steward is undoubtedly about what needs to happen for this blockbuster Anthony Joshua Pay Per View.

“This fight needs to happen in front of a big audience. It can’t just happen in a closed room on television,” Steward told the MyBettingSites.co.uk blog.

“This is the heavyweight division and the two most prominent boxers in boxing right now. For these two to meet, it has to be a spectacular event. I do understand that.

“You can’t just say we’re going to fight, and that’s it.

“The world has changed, and I believe if it were not for the coronavirus, this fight would have happened. You got to have the fans.

“Wherever that fight can happen that has fans, a big crowd with the fans roaring. Where everyone is trying to get tickets for that fight, you can have this type of fight without.”

At this point, the securing of both champions’ signatures remains in the balance. Both still don’t seem to be on the same page.

UK fans wait with anticipation for what may be to come over the coming days.