Conor Benn is calling on the more prominent names to face him after demolishing Samuel Vargas. “The Destroyer” wants Amir Khan, Shawn Porter, or Adrien Broner.

Benn wiped out Samuel Vargas inside the opening round to retain his WBA Continental Welterweight Title at the Copper Box Arena in London.

The event was live on Sky Sports in the UK and on DAZN in the U.S. and more than 200 countries and territories.

Living up to his name, he took just 1 minute and 20 seconds to progress to 18-0 with twelve knockouts, sending out a brutal warning to his Welterweight rivals.

The unbeaten 24-year-old unloaded a torrent of spiteful shots that left Vargas reeling on the ropes. Benn’s onslaught prompted the referee to wave it off swiftly, and Benn quickly expressed his desire for a big domestic clash with Khan.

“I train hard for it,” said Benn. “Again, you’re talking levels. It shows the level I’m at. Errol Spence, Danny Garcia, Vergil Ortiz, Amir Khan – nobody banged him out like that.

“First round, first round! He came, and he was game. He took my belt off me in the week. I had a little stare-down with him.

“He was telling me he was ready to fight, and he was talking a good game. He said I had no power. It’s irrelevant because a lot of people can speak. My shots were landing flush.

“You could tell they were hurting him. When I first hit him, it landed swiftly, and I thought, ‘right, this will be a much quicker night than I thought. 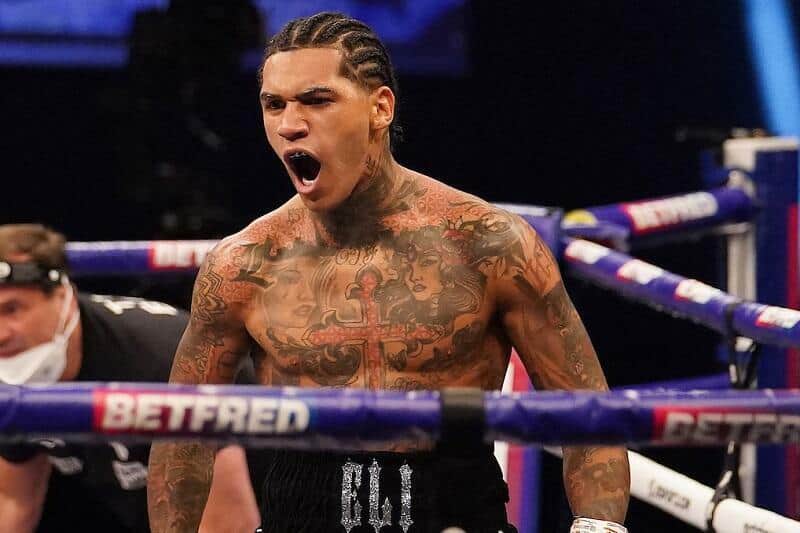 “First to arrive, last to leave. He’s constantly pushing me. I told you a lot I’d knock him out in the first round. But I was cool, calm, and collected. I work so hard.

“Give me Amir Khan. I know he’s too busy on reality TV. If he wants it, he can have it. I can deal with pressure to cope with it, and I can live with it. No problem.

“I’m ready for the top dogs – Shawn Porter, Adrien Broner? Forget the word prospect. I ain’t a prospect no more.”