Heavyweight Apti Davtaev, previously described as a ‘feared wrecking ball’ and future contender, was stopped in a shock result this week.

Belgium-based Congan ‘Big’ Jack Mulowayi pulled off the upset of the year so far with an eighth-round stoppage of the Russian bruiser.

But it wasn’t to be as Mulowayi managed to inflict the first loss of Davtaev’s career. 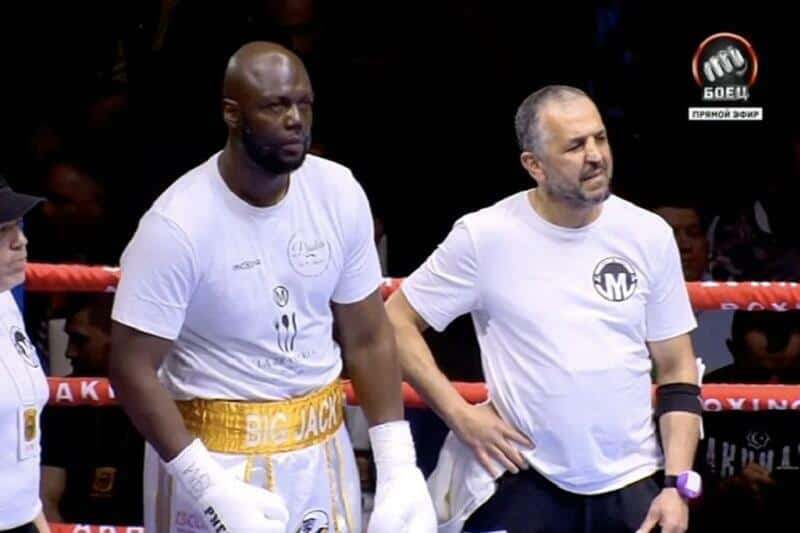 Mulowayi had no chance here, but he gradually ground Davtaev down. It was a fairly even fight over the first five rounds, and then Davtaev started to tire.

Mulowayi dominated the action from there, and in the eighth round, an exhausted Davtaev was taking heavy head punches as he stumbled along the ropes, and with no sign of him punching back, the referee stopped the fight.

The 34-year-old ABU champion Mulowayi had lost a majority decision to 30-3 Herve Hubeaux for the Belgian title. He’d also failed against world-rated Frank Sanchez and did not look a threat on paper.

Very carefully matched before, the wheels came off for heavyweight Davtaev this time.

Idigov returns home from his training base in Detroit and takes a wide unanimous decision over veteran Khusanov.

Despite Khusanov’s edges in height and reach in a slow-paced fight, Idigov was always in command.

Khusanov competed hard without ever doing enough to steal around. Scores 100-90 from each of the judges for Idigov, defending the WBO and IBF European titles.

The Salita Promotions fighter is No 6 with the WBO.

Uzbek Khusanov, 41, had a 22-fight unbeaten run ended when he lost to 40-0-1 Damian Jonak in 2018 but had returned in September last year with a decision over 25-1 Robert Parzeczewski.