Promoter Eddie Hearn got a cheeky eyeful of Ebanie Bridges as the Australian fighter weighed in for her Shannon Courtenay clash.

Bridges, notorious for her eye-popping outfits at scaling for all her fights, didn’t disappoint the UK fans ahead of Saturday night.

An all-black number complete with thong was on show as Bridges of 117 pounds for her bantamweight clash.

Eagle-eyed fans captured Hearn taking a quick ogle of Bridges on social media in photos that have since gone viral.

Opponent Courtenay came in just shy of the 118-pound limit as she also bids for her first belt of any significance.

Speaking afterward, the confident Bridges quipped: “I think I broke the internet!”

Before adding: “Now time to get to the real business and break face tomorrow!”

She also revealed that she tried to give Courtenay her father’s underpants for her opponent not to be embarrassed.

Courtenay has previously complained that Bridges would attempt to take focus away from their fight by stripping off.

“I tried to give Shannon Courtenay my dad’s undies, but she said, “no thanks, I got my own.”

“They were even Champion brand, her sponsors. She knocked them back, I thought was a cute gesture,” pointed out the New South Wales fighter. 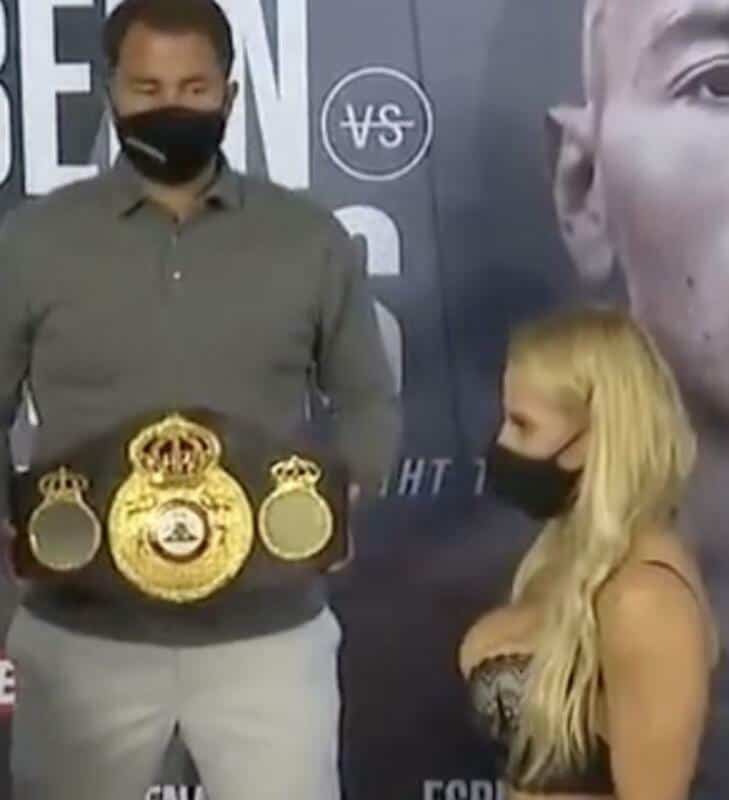