Hearn steers lightweight star Devin Haney into a fight with Linares on May 29th, sure that he will finally be in the winning corner.

Kevin Mitchell, Anthony Crolla (twice), and Luke Campbell have all lost when facing the talented Venezuelan.

Topping the O2 Arena in May 2015, Mitchell saw his final chance at a world title lost. He was stopped in ten rounds by Linares.

Then came Crolla in 2016. “Million Dollar’ pushed Linares to the end in Manchester to earn a rematch after a close decision on two cards.

Six months on, the contest was far more one-sided as Linares romped to victory. 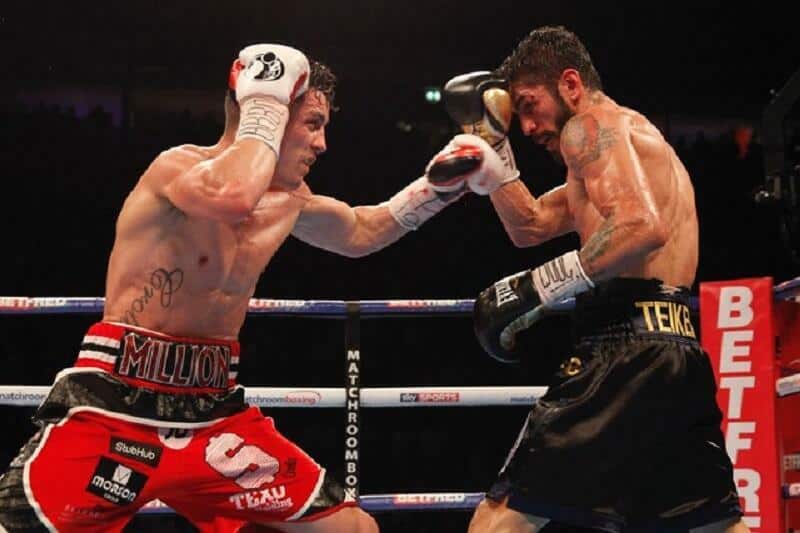 Once up and running in the United States, Hearn took Campbell across the pond months before signing with DAZN.

Campbell showed weaknesses existed in Jorge Linares but still couldn’t take away his crown. Linares won via a split.

Linares hasn’t been the same fighter since then. He lost to Pablo Cesar Cano in a shock first-round result. The second early knockout of his career.

At 35, Hearn is ready to celebrate a victory when Haney heads to the Michelob Ultra Arena in Las Vegas, Nevada.

“This is the breakout fight that shows the world that Devin Haney is the best lightweight on the planet,” said Hearn.

“Jorge Linares is a tremendous fighter, a three-weight king that has speed, power, and plenty of experience.

“I’ve represented four fighters (three fighters but four times) who have attempted to beat Jorge and failed. But this time, I believe we have the future king of the division in Devin.

!This is his moment. May 29, the bright lights of Mandalay Bay (now the Michelob Ultra Arena) in Las Vegas, this is the moment.”