According to a former rival of the pair of boxing legends, Floyd Mayweather and Manny Pacquiao may not be the best two fighters of this generation.

According to Timothy Bradley, who now works with ESPN, Terence Crawford beats them both – even Mayweather in his prime.

In a stunning addition to his prediction in 2019 that he “will pick Terence Crawford to beat a prime Floyd Mayweather,” when speaking to Max Kellerman, Bradley has now gone further.

Bradley has proclaimed that Crawford is so special. He beats no only ‘prime Mayweather, but Pacquiao if they meet this year.

Crawford and Pacquiao are reportedly in talks to fight over the summer in the Middle East. Those stories are as yet unconfirmed, though.

But although ‘Desert Storm’ admits the Pacquiao encounter would be close, he favors former Top Rank stablemate Crawford, again.

“That’s a mean name,” Bradley told ESPN. “I have been in the ring over thirty-six rounds with that guy (Manny Pacquiao). I have been over a hundred rounds with Terence Crawford.

“This was earlier in Terence’s career. I understand he’s gotten a lot better from when I sparred him, but those tendencies are still the same.” 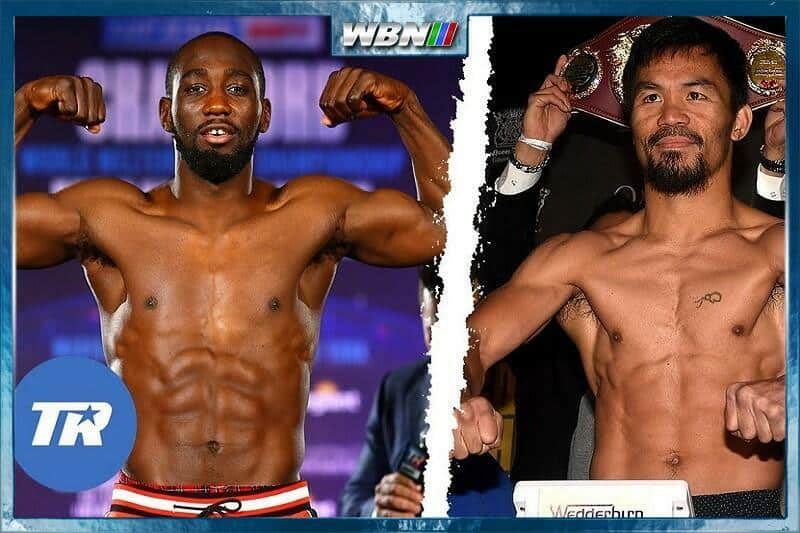 On Pacquiao, whom Bradley defeated in one of the most controversial decisions in history before losing twice, he added: “Manny Pacquiao loves when guys pull back, and that’s a problem.

“We also know that Terence Crawford gets hit early, and he gets often hit early.

“Manny Pacquiao is a quick starter as well, and he still has that blazing left hand that possesses a massive amount of punching power.

In his capacity as ESPN analyst, Bradley has courted publicity for the wrong reasons at times. Some of his views have raised eyebrows on more than one occasion.

This latest outburst is no different as fans of both Floyd Mayweather and Manny Pacquiao attempt to digest that Bradley sees Crawford as the best fighter of the modern era.

If that’s prophecy is true remains to be seen.