Devin Haney can expect to compete with Ryan Garcia for an order to fight Teofimo Lopez if the American rising star can come through Jorge Linares.

‘The Dream’ faces Linares on May 29th in Las Vegas, knowing Lopez could be in the opposite corner for the end of the year.

Lopez is the current WBC Franchise champion to Haney’s ‘regular’ version. The division has become a confusing one due to the number of WBC titles held.

Ryan Garcia is the interim belt holder and is pushing the WBC for a mandatory shot at Haney.

But that may not be first on the agenda. Garcia battle Javier Fortuna, as ordered by World Boxing Council chiefs recently.

“After careful consideration and countless communications with all parties involved, The WBC has confirmed the course of action for the lightweight division.

“Javier Fortuna had a signed contract to face Linares, which Covid prevented from happening, and earned a mandatory position.

“The WBC is at this moment ordering Ryan Garcia vs. Javier Fortuna for The WBC interim lightweight championship and mandatory position in the division.

“The free negotiation period has begun. If the fighters reach no agreement, a purse bid will take place on Friday, April 16.”

So, who gets the chance if both come through their bouts? 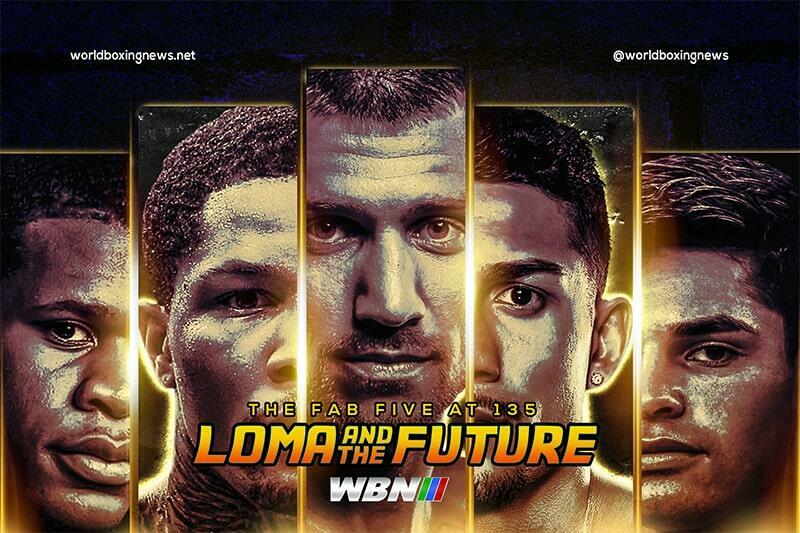 For now, Haney is focused on Linares.

“I’m very excited to be making my third World title defense against a great fighter like Jorge Linares, who will be the best fighter I will have ever faced in my career,” said Haney.

“He’s a three-division World champion who has fought at the championship level for the past thirteen years.

“I grew up watching Linares, and the fact that this fight is happening in Las Vegas is incredible. Boxing fans worldwide are eager to see me step up in competition which is great, and I know Linares is coming to fight.

“I’m ready to give the fans a spectacular performance. The better the competition brings, the best out of me.

“Against Linares, I’m going to show the world why I’m the king of the Lightweight division.”

Haney and Garcia could conceivably battle each other for an eventual title bout with Lopez. A champion who has mandatories lining up.

It will be interesting to see what direction the WBC go in having three future superstars of the sport vying for their number one spot.