The impressive Tim Tszyu is Australia’s next boxing superstar

Tim Tszyu is Australia’s next superstar after once again proving his dominance in victory. Tszyu stopped Dennis Hogan in five rounds to go 18-0 with a 14th knockout.

The rising super-welterweight retained the WBO Global title and established his right to a shot at the actual WBO title as he crushed compatriot Hogan in five rounds.

The 26-year-old cut the ring off well, twice pinned Hogan against the ropes, and landed with short bursts of punches.

Hogan lunged forward on a few occasions but was slow and crude. Tszyu opened up on Hogan at the start of the second connecting with strong right hands.

After that, the action became messy as Hogan continually dived inside, successfully smothering Tszyu’s work but getting warned for holding.

As they grappled inside, Tszyu suffered a small cut over his left eye. In the third, a left hook to the body had Hogan backing off, and Tszyu upped the pressure forcing Hogan around the ring, scoring with rights to the head and lefts to the body, one of which had Hogan significantly wincing in pain.

Hogan tried to bull his way inside in the fourth. But Tszyu pushed him away. He again connected with a left hook to the body and rights to the head.

Hogan got warned for holding. At the bell, he dipped at the knees from yet another left to the ribs.

Early in the fifth, a booming left hook to the head spun Hogan down and sent him to the canvas on his hands and knees.

He arose at eight and moved and held as well as trying some counters.

Tszyu was a little wild with his punches but finally trapped Hogan on the ropes and bombarded him with punches when the towel came in from Hogan’s corner. 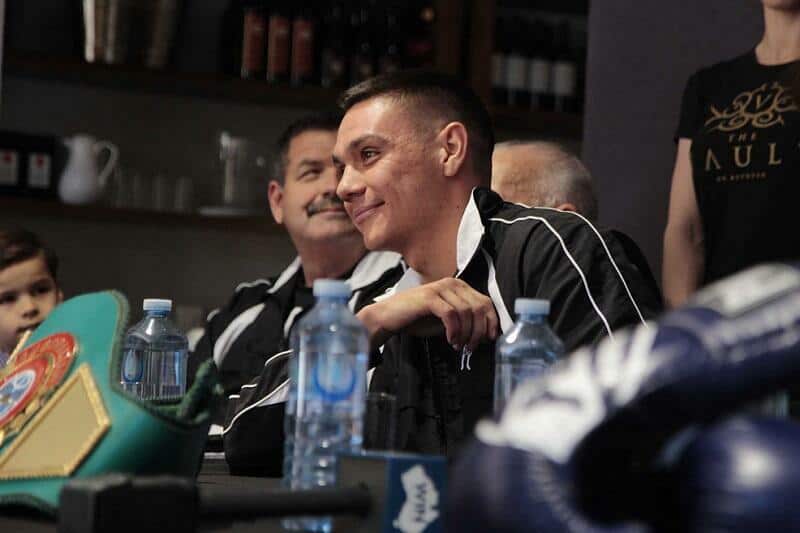 Impressive showing from 26-year-old Tszyu. That’s considering Hogan had only lost on a majority decision against world champion Jaime Munguia in April 2019.

He now has to wait to see whether the WBO will order title-holder Brian Castano to defend against Tim Tszyu or whether a unification match between Castano and Jermell Charlo holds the IBF, WBA WBC titles will get approved.

Hogan had been stopped in seven rounds by Charlo in December, but there are still good fights out there for him once he recovers from almost biting his tongue in half where the left hook from Tszyu put him down.

The younger Mazoudier made a fast start, but Ryan was boxing intelligently, and the rounds were close in a good competitive fight.

Mazoudier upped his pace in the sixth, but Ryan landed some heavy punches in the seventh and eighth to establish a clear lead, and Mazoudier did well to stay on his feet.

A fading Mazoudier tried to walk through Ryan’s punches at the start of the tenth but got rocked by a series of headshots, and the referee stopped the fight.

Australian champion Ryan, 31, was ahead 87-84 on the three cards at the end and got his sixth inside the distance win.

Mazoudier did not have enough fights behind him to beat a tough pro such as Ryan, but at 25, he will recover from this.