World Boxing News can exclusively reveal that mediation between heavyweight rivals Deontay Wilder and Tyson Fury has no conclusion despite months passing.

Wilder and Fury stay locked in a dispute over their contracted trilogy bout. Which the latter walked away from in 2020.

It followed several weeks of conspiracy theories and allegations from Wilder that he was somehow wrong when losing through seven one-sided rounds.

The Las Vegas triumph saw Fury rip away Wilder’s WBC title and diminish his reputation as one of the most fearsome punchers in the division.

Fury aimed to move on to a two-fight saga with fellow champion and compatriot Anthony Joshua, but there are obvious problems.

‘The Gypsy King’ has accused Joshua’s promoters of jumping the gun with announcements that the fight was agreed. Eddie Hearn did offer another update recently.

“I’m trying to make AJ-Fury, but the other side keeps saying it won’t happen. It’s very interesting,” Hearn told The Ak and Barak Show.

“I have no idea what’s become of Deontay Wilder’s legal challenges. That only affects their side, not mine.

“I think AJ-Fury happens in July; we just need to finalize the venue at this point.” 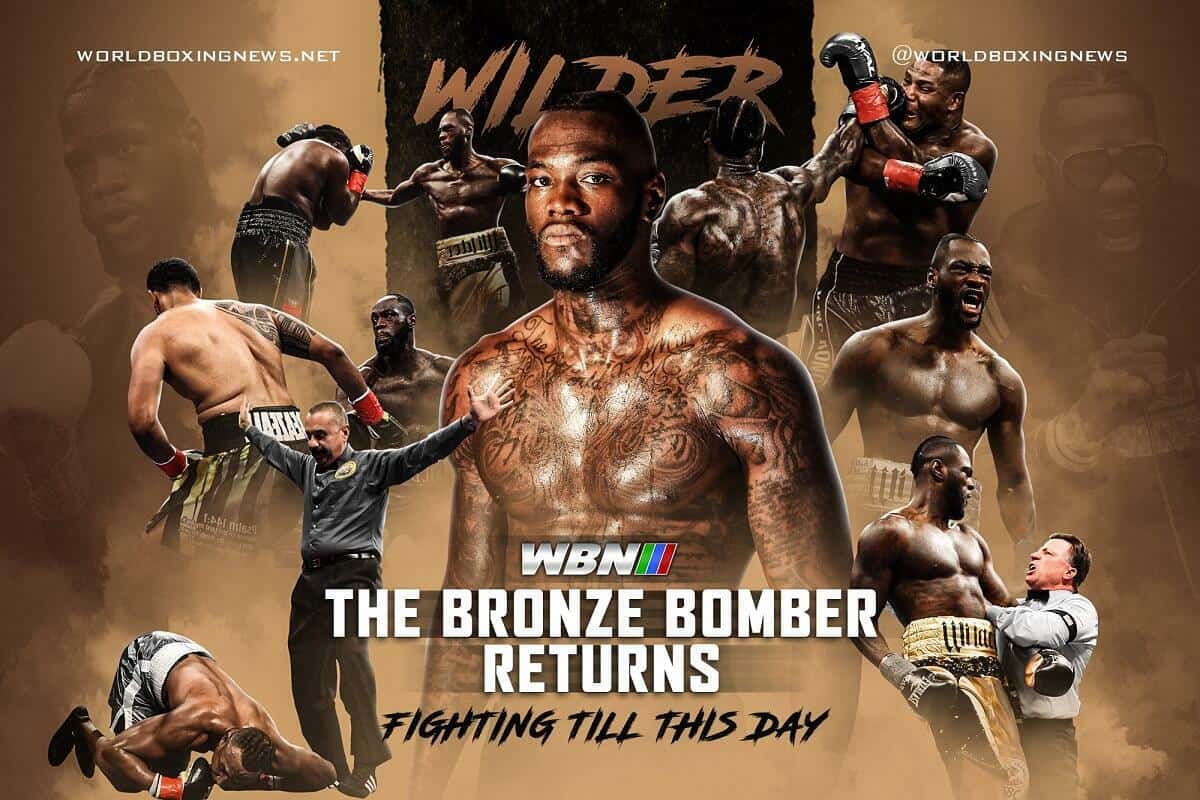 Well, those legal challenges Hearn has no idea of remain in the picture after WBN was informed by Shelly Finkel this week.

Finkel told WBN ‘he has nothing to update on Deontay Wilder until arbitration gets concluded.’ It all means ‘The Bronze Bomber’ is still pushing for the third fight.

Hearn has since offered Wilder an alternative route to Fury in a battle with Dillian Whyte.

This new scenario came in the aftermath of Whyte beating up a Covid-drained Alexander Povetkin in Gibraltor.

“Both Dillian Whyte and Deontay Wilder are not world champions. So there’s no actual standard as far as who should get what in terms of the purse,” pointed out the Matchroom boss.

“Fighters should worry about what they are getting rather than their opponent.

“If there is too much concern about what your opponent gets. Then you get a situation like Spence-Crawford.

“We need to see Deontay Wilder back in the ring. The heavyweight division is a better one with him in it.”

Wilder has options in-house, too, with Al Haymon’s Premier Boxing Champions. Adam Kownacki, Robert Helenius, and Charles Martin are just three of those.

As soon as Wilder gets back in the win column, Haymon has plans to pitch the former champ against Andy Ruiz Jr. in a Pay Per View clash.

Therefore, Whyte is unlikely to be in Wilder’s immediate future as the American keeps pushing for his stipulated revenge attempt versus Fury.