WBC heavyweight champion Tyson Fury or a member of his team have been accused of photoshopping a recent image of himself as he looks “too good” now.

‘The Gypsy King’ has whipped off even more fat to get himself in the best shape possible for his next fight.

Having lost 140 pounds between 2017 and late 2018 for his world title comeback draw against Deontay Wilder, Fury has continued a rigorous training regime.

Releasing books on how to help people get fit, Fury is fully-focused on keeping his trim figure for the remainder of his career.

Currently, he’s in training for a return to action this summer. During camp, the outspoken 32-year-old posed during recent training with coach Andy Lee and good friend Joseph Parker.

Not much fuss came from the photograph, despite Fury’s face looking a lot more defined as he posed alongside the two former world rulers.

It wasn’t until another picture with Fury dressed all in white came out that jaws dropped. A furor then began to pick up. 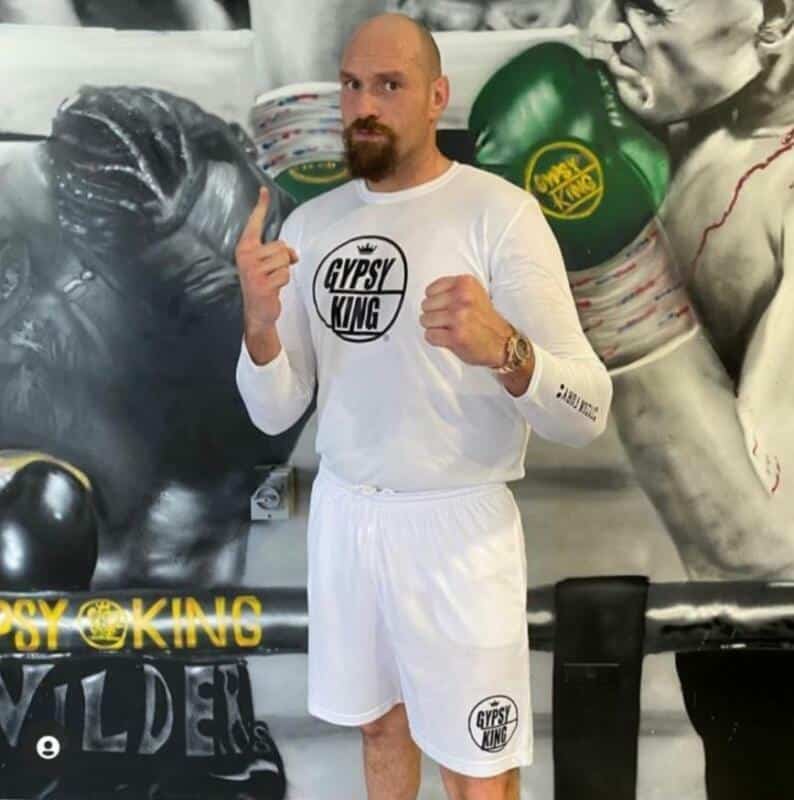 Social media comments were aghast at just how slim, and toned Fury seemed. Some even going so far as to say the Briton or his team photoshopped the image.

Credit to Fury, though, he has knuckled down again, even during a pandemic. He’s kept himself away from the demons that ruined his career before.

Despite claims he’s back on the alcohol, his physique doesn’t back up what amounts to mind games for his potential next opponent Anthony Joshua.

Talks remain ongoing between the pair, although time is fast running out to make a deal.

Eddie Hearn, Joshua’s promoter, admitted this week that he’s not entirely sure the fight will get over the line in time.

“I have no idea what’s become of Deontay Wilder’s legal challenges. That only affects their side, not mine.”

He added hopefully: “I think AJ-Fury happens in July; we just need to finalize the venue at this point.”

If the fight does go ahead, Joshua will be facing an even fitter Fury than the one that demolished Wilder in seven rounds a year ago in Las Vegas.

The pair have less than two weeks to secure the venue and site fee. Fingers remain crossed.