Welterweight champion Terence Crawford made comments on a recent radio appearance that the American has since defended rigorously.

Following criticism of his notion that Canelo Alvarez may be ducking certain fighters, Crawford stated: “Awwww. I see a lot of people butt-hurt. Guess what?”

Then came the barrage.

Social media responses came thick and fast as Crawford seemed to want to answer every single one.

Most accused him of ducking opponents himself, namely Premier Boxing Champions fighters like Errol Spence, Shawn Porter, Manny Pacquiao, and others.

Crawford said (tongue-in-cheek obviously) that he’s too scared when replying to his detractors. But less than 48 hours later, he’s seriously linked to a battle with Keith Thurman.

‘Bud’ needs a fight like this, according to most of the flak coming his way. It’s a subject WBN has covered for a long time.

A pound-for-pound ranking of six on the WBN list, when his network has him unbelievably above Canelo, tells its own story.

His resume doesn’t have the names his evident skills require. Thurman is a step in the right direction but would have been a better fight to make a few years ago.

Any of the other three, Spence, Porter, or Pacquiao, would have been a more solid move. But at least it’s a more challenging test than some of Crawford’s recent conquests. 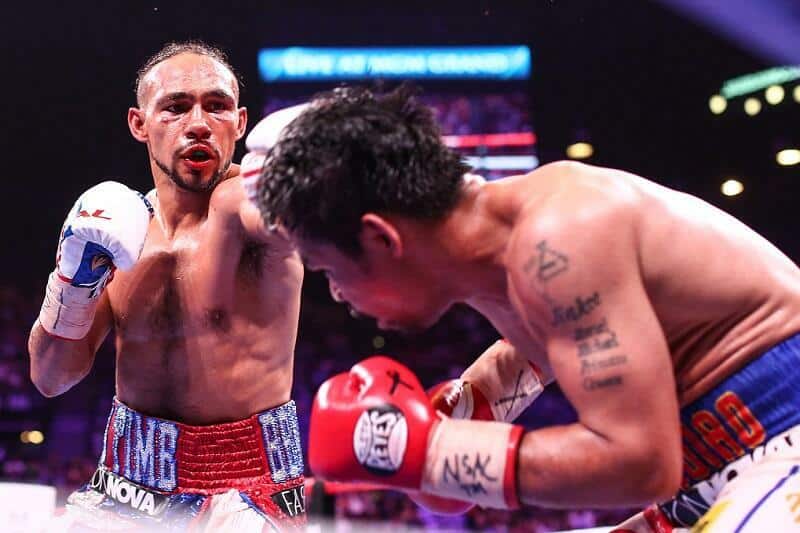 It’s also a fight that Thurman wants badly. Recently, he told broadcaster Brian Custer that Crawford is the man he wants above all else for his return.

“I’ve never been presented with a contract with a real fight. that’s petty at the end of the day.

“Right now, I want Terence Crawford more (than Errol Spence), man. He’s gotten under my skin. This Crawford dude, send me a contract bro, don’t act like I’m going to run from you,” he added.

The next couple of weeks will be telling to see if Top Rank can reach an agreement with Al Haymon over the potential summer world title collision.

Thurman was also coming off a loss to Pacquiao in July 2019. This fact could be a small sanctioning sticking point.