Covid-drained Alexander Povetkin the first boxing victim of the pandemic

Alexander Povetkin’s defeat to Dillian Whyte in Gibraltor on Saturday night opened up an immediate debate on the impact of Covid-19 on athletes.

The Russian looked like a shell of his former self, not only on fight night but during fight week formalities. It begs the question, ‘was he rushed into the Whyte rematch?’

Spending time in the hospital twice over the Christmas period, amounting to almost a month in terrible condition and suffering colossal weight loss, would certainly have taken its toll on the old fighter.

More research may now be needed as boxing is a dangerous sport at the best of times. Having ex-coronavirus patients who held more severe symptoms needs to be monitored closely in the future.

Povetkin was way off in the fight. Not to take too much away from Whyte, who got in great shape and did what he had to do. But the truth is, ‘Sasha’ was not even at the races.

His ring walk told the story. The eyes were glazed, and he stumbled to the ring as if he’d rather be anywhere else than involved in a fight.

Then, we all witnessed a performance that was not consistent with Povetkin’s form over the past few years. He had no chance to win. 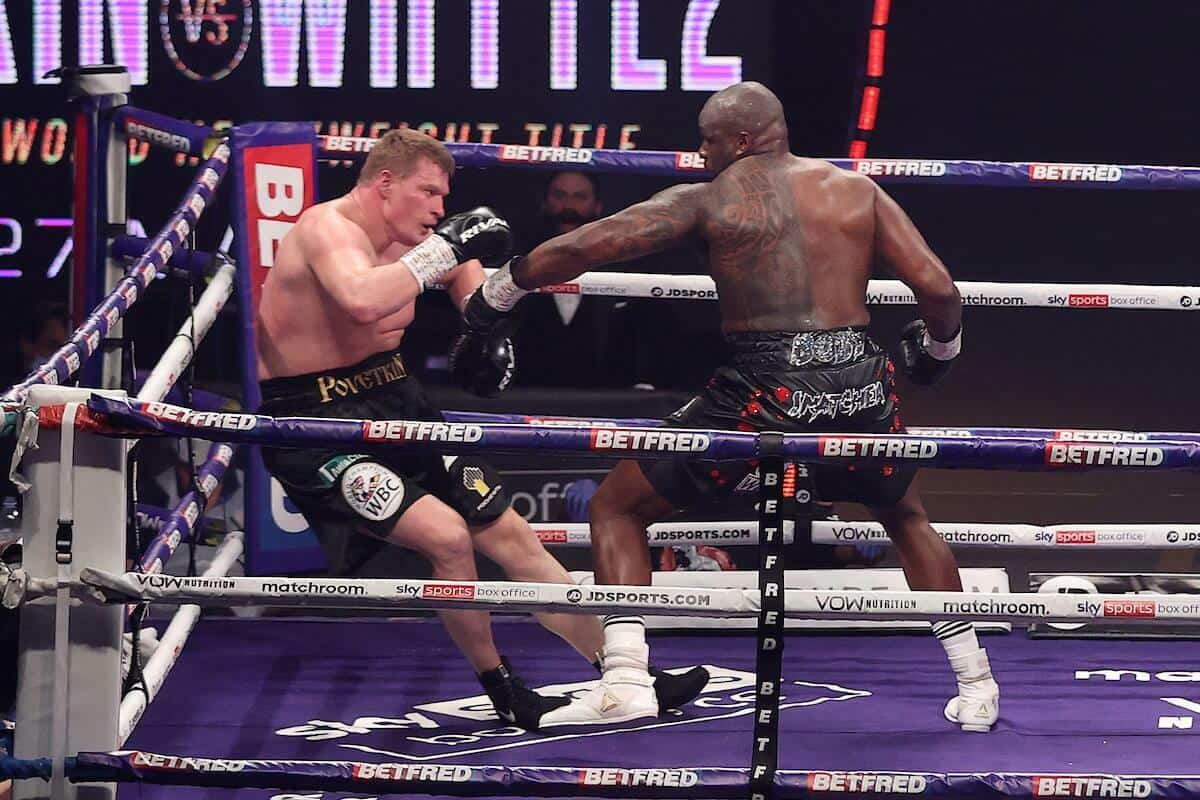 Things could have been a lot worse for Povetkin if he’d have taken too much punishment in his condition.

Retirement is now the order of the day for Povetkin as his long Covid chances are significantly increased.

It’s such a shame for his career to end this way. He needed more time to prepare but wasn’t afforded it by Whyte, who wanted the return on the night of his first defeat to Povetkin.

Having to wait seven months was bad enough for the Briton, who took full advantage to book himself a place in a potential WBC final eliminator later this year.

Deontay Wilder could be in the opposite corner if the World Boxing Council makes an expected move and the American finally accepts Eddie Hearn’s advances.

The winner could then battle Andy Ruiz Jr. in what has become an intriguing three-way below the undisputed clash between Tyson Fury and Anthony Joshua.

Fury vs. Joshua will keep every contender out of the title picture until at least 2022. Therefore, the rest have to keep jockeying for their position to be the first in line.