Mexcian boxing legend Erik Morales has offered his prediction on a reported welterweight fight between Manny Pacquiao and Mikey Garcia.

Morales, who was involved in some of the most exciting bouts in boxing’s recent history, shared the ring with Pacquiao three times between 2005 and 2006.

Winning the first and losing the other two, ‘El Terrible’ went on to retire in 2012 after a defeat to Danny Garcia.

Airing his prediction for Pacquiao vs. Garcia if the bout comes to pass this year, Morales backed his old adversary to come out on top.

“Pacquiao shows that there are levels to this game. I think that experience will win out, and Pacquiao wins.” 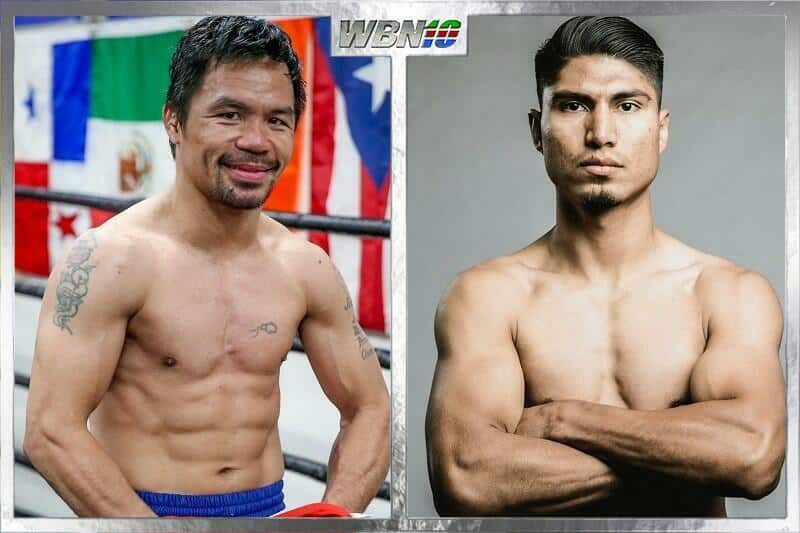 Morales also offered his wisdom on the Juan Estrada vs. Roman Gonzalez clash, which received criticism over the scoring.

Estrada took a split decision. But the consensus was Gonzalez did just enough to claim the triumph.

A card of 117-11 was roundly panned by those who witnessed the contest. A third collision is now said to be in the pipeline.

On Estrada vs. Chocolatito 2, Morales said: “It was an exciting fight. Both fighters were active.

The pair fought out a record-breaking encounter which Compubox tallied to over one thousand punches each.

“Amazing back and forth fight as they combine to throw a weight class record 2,529 punches.

Regarding Pacquiao, a July return to action could be his penultimate fight as the Filipino Senator eyes a Presidential run in his homeland.

Elections occur in 2022, meaning the ‘Pacman’ could bow out by the end of this year.