Advertisements
Home » Floyd Mayweather bet $750,000 on himself, became a billionaire

Floyd Mayweather bet $750,000 on himself, became a billionaire

It’s no secret that former pound-for-pound king Floyd Mayweather has earned a tremendous amount of money during the latter part of his career.

But Mayweather had to fight for the opportunity to make those record-breaking numbers after severing his contract with Top Rank.

Back in 2006, after working his way up for over a decade and remaining undefeated, Mayweather was on the verge of becoming boxing’s top dog.

A guarantee with Top Rank to earn seven-figures per fight, Mayweather was one of the best fighters on the planet.

All this wasn’t enough for a man driven to be the absolute best he could be.

Oscar De La Hoya was the target. Mayweather knew that if they fought, he’d capture the undisputed P4P and Pay Per View crown.

Mayweather wasn’t happy when Arum scoffed at his demands. He then set about securing his exit from the company.

In the end, it cost Floyd Mayweather a paltry $750,000 to break free from his contract.

He went out on his own and began on a lucrative road to securing some of the most significant contracts ever seen in boxing. 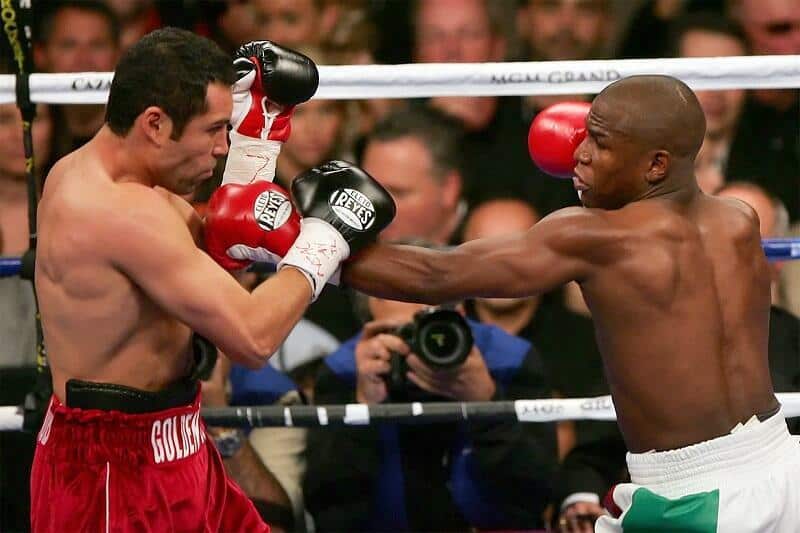 In control of his destiny and negotiating all his deals, Mayweather effectively bet on himself and won big.

With no middle man, Mayweather took a larger slice of the profits and could write his own checks.

A year on from engineering his release from Top Rank, Mayweather earned $5m more than what he’d initially requested from Arum. A slap in the face for his old promoter.

He also won the fight and was the absolute number one, just ahead of rival Manny Pacquiao.

A deal with Showtime Boxing followed – a massive guarantee over six fights. It may have taken eight years, but they did eventually meet.

In 2015, Mayweather and Pacquiao smashed all PPV records as Mayweather banked a guaranteed nine-figures. A total upwards of $300 million with add-ons.

Three years later, Mayweather had the audacity to do it all over again in a cross-codes bout against UFC star Conor McGregor.

That victory against the Irishman pushed Mayweather’s earnings to over one billion since 2006.

He remains involved when guiding the next generation, Gervonta Davis, and others in their journey.

Winning big with the ultimate gamble, Mayweather is laughing all the way to the bank.