‘The Baddest Man on the Planet’ has severed ties with Triller and is now seeking a new platform to broadcast a launch event for his 2020 announced venture.

Back then, Tyson stated the ‘LOL’ would consist of many fighters competing alongside famous sports stars.

He said: “It’s a league not only for fighters to perform. We’re talking about baseball players, basketball players, soccer players, all kinds of leagues.

“Society says they’re too old. They’re over the hill. But they still have it in them. Come with us, get your agents, contact your managers, come to get with me. “

You’ll be living your glory years for a second time. We’re polishing old stars and making them shine again.”

According to a recent release from his team, Holyfield is up for one more fight after confirming a $25million offer to Tyson for their trilogy.

“While neither side has announced publicly that the fight is not going to happen, with negotiations at a standstill and the date rapidly approaching, it seems unlikely that this fight will occur as planned,” said Holyfield’s manager Kris Lawrence. 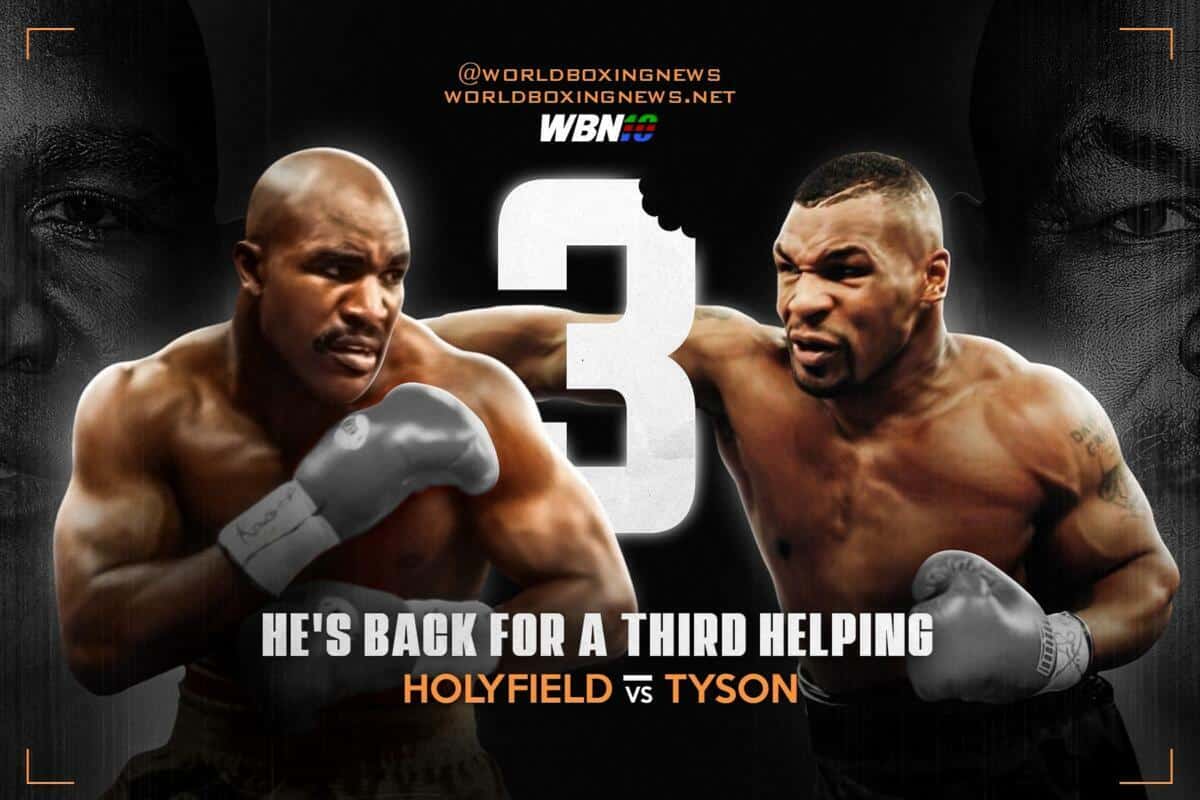 “We thought this was a done deal. But it quickly fell apart when Tyson’s people declined all offers.

“We were negotiating in good faith all along. It appears we just ended up wasting our time.”

Despite those words, Tyson hopes to reopen talks with Holyfield and confirm the fight as his first major offering on the Legends Only League format.

WBN understands other top division rulers from the past can participate.

Ex-Tyson opponents Lennox Lewis and Roy Jones Jr. are keen on agreeing on terms for a future show. While Vitali Klitscko. Shannon Briggs and James Toney have already expressed their interest.

This is the new trend sparked by social media coupled with Tyson’s clash with Jones which broke box office records for an event of that type.

The chase is on to capitalize on that model. Triller is now in direct competition with the man they initially hoped would lead their charge.

A legal situation could develop between the pair due to Tyson’s desire to focus on his venture. Triller claim they own the rights to one more Mike Tyson fight.

Furthermore, details should come to light in the coming days.