The Caracas, Venezuela-born Canizales (22-0-1, 17 KOs) is a rare gem in the sport, a two-handed one-shot puncher with excellent boxing skills.

A three-time national champion in Venezuela as an amateur, Canizales turned professional in 2014 and won 16 consecutive fights before fighting to a draw with then WBA World Champion Ryoichi Taguchi of Japan in 2016. Given another title chance in 2018, Canizales made good on his tremendous potential by taking a 12-round unanimous decision over another Japanese fighter, Reiya Konishi, for the regular version of the WBA title.

He would successfully defend the strap later that year by dropping and stopping China’s Lu Bin in 12 rounds on the Pacquiao-Matthysse undercard and again in 2019 via unanimous decision over former champion Sho Kimura before his career stalled due to a shortage of willing opponents and the worldwide pandemic. 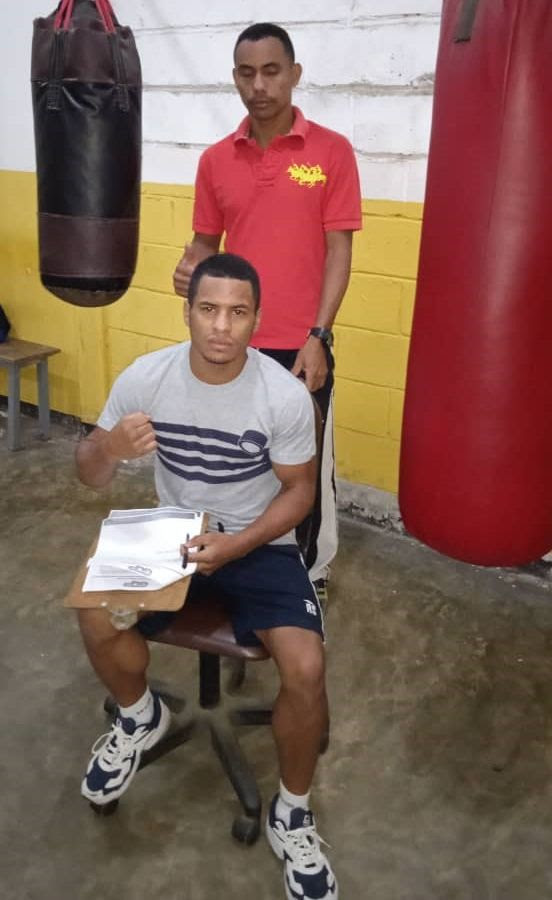 By signing with the US-based promotional company GCP, Canizales says he’s hoping to get a lot busier in the future.

“I am very happy to sign with GCP and I appreciate the opportunity,” said Canizales. “I trust that GCP will help take my career to another level with more opportunities on a much larger stage.”

28-year-old Canizales says he’s not fussy when it comes to who he’d like to fight, whether it be a showdown against undefeated Unified and WBA Super Champion Hiroto Kyoguchi, current Interim WBA Champion Daniel Matellon of Cuba or any other names in his division.

“I want to fight,” continued Canizales. “I am not worried about the opponent. I just want to show that I am a true champion and I want to fight the best competition at 108 lbs and beyond. Even though it’s been almost two years for me without fighting, due to lack of opponents who want to fight and then the pandemic, I feel I’m still at my best because I have stayed true to the gym while hoping to return.”

“Carlos Canizales is already a huge star in Venezuela and the next superstar in boxing waiting to happen,” said his new promoter, Greg Cohen. “He has incredible power, blinding speed, elite technical skills and a very high ring IQ. All he needed was the right promoter to help him land the fights he will need to become everything he can be. I’m very happy to be working with him and his team and I predict big things from him in the coming months and years.”

While Cohen says no fights are written in stone yet for Canizales’ future, he is working hard to secure an opponent and will be making an announcement in the near future.