Triller Fight Club today announced that Peter Kahn has been named to the newly created position of Chief Boxing Officer.

Kahn, a Boxing Writers Association of America 2019 and 2020 Manager of the Year nominee, is an industry veteran who has worked both on the promotional side and management side at the highest level for 25 years. Triller Fight Club is a partnership between Triller and Snoop Dogg spearheaded by Ryan Kavanaugh.

“We are excited have Peter formally join us in this critical role as we expand and advance the boxing side of Triller Fight Club,” Kavanaugh said. “In a very short period of time as we set up for our April 17th, June and July events it became clear that he is one of the smartest, most respected people in the sport, as well as someone who shares our vision for changing the way boxing can be presented as a sports and entertainment property. His input to date has been invaluable, and it will continue to grow as we expand our business this year and beyond.”

“I am looking forward to adding quality fights and providing the fans with matchups that will appeal to the hard-core and casual boxing fans alike to complement the four-quadrant model of Triller Fight Club that consists of influencers, legends, music artists and contemporary fighters.” Kahn said. “I will work closely with the major promoters and managers in the sport to find ways to elevate the profiles of the fighters while providing entertainment to the pay-per-view audience. The Triller platform itself is an excellent vehicle for the fighters to grow their brand, connect with fans and build their social media following as they progress in their careers.” 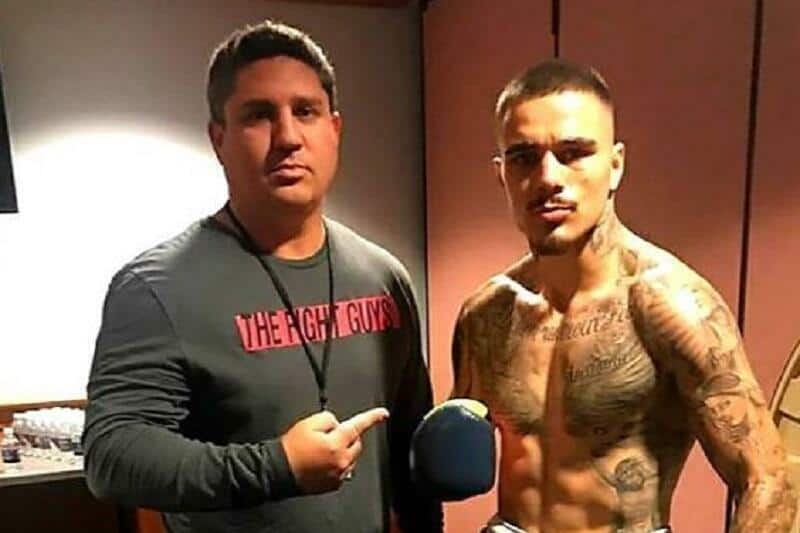 Kahn’s role as Chief Boxing Officer will consist of overseeing all boxing related aspects to the Triller Fight Club events that will include incorporating high-level matches at the world championship, contender and top prospect level. Kahn is a boxing contributor to Forbes and Associate Producer of Original Netflix Series “Fightworld.”

The Florida resident is the manager of George Kambosos Jr, who will be fighting Teofimo Lopez on the Triller Fight Club event in June for the undisputed lightweight championship of the world as part of Triller Fight Club’s second event of 2021.

The April 17 card will be Triller Fight Club’s first in a series of 2021 special events, following the debut record setting Tyson vs. Jones PPV fight in 2020, which shattered all digital fight PPV records and became the 8th most successful Fight PPV in history.

The PPV will also include an unparalleled music and entertainment experience, including performances by Justin Bieber, The Black Keys, Doja Cat, Saweetie, Diplo, Major Lazer, and the exclusive world premiere of the hip hop supergroup Mt. Westmore (Snoop Dogg, Ice Cube, Too $hort and E-40) performing for their first time ever together.

In addition to being a co-owner, Snoop also provides strategic counsel to Triller Fight Club, helping to select fighters and musical acts for the show-stopping events. An entertainment expert who has successfully maneuvered through a range of projects in a variety of different fields, Snoop secured his spot as a fan favorite during Triller’s first sporting event, Tyson vs. Jones.