A standout amateur who captured top honors at the 2014 and 2019 USA National Championships, Matos will soon make his professional debut.

“I signed with Ryan Roach because, ever since I met him, he has been very attentive towards me, always checking up on me, and I realized how well he treats his fighters. Ryan definitely has the right head on his shoulders, and I believe he can definitely help me make some noise in the sport.”

The 25-year-old Matos, who trains at the famed 5th Street Gym in Miami, started boxing at the age of 12. He was introduced to boxing by his father, who trained his son everyday at a park in Miami Beach. “Shortly after, I told him I wanted to fight, and he was shocked,” Matos remembered. “We haven’t stopped since.”

“Erny is a great addition to the team because he was one of the top amateurs in the United States,” Fighter Locker president Ryan Roach remarked. “He will transition smoothly to the professional ranks. He has a ton of talent and is a very smart fighter. I can’t wait to get him going.” 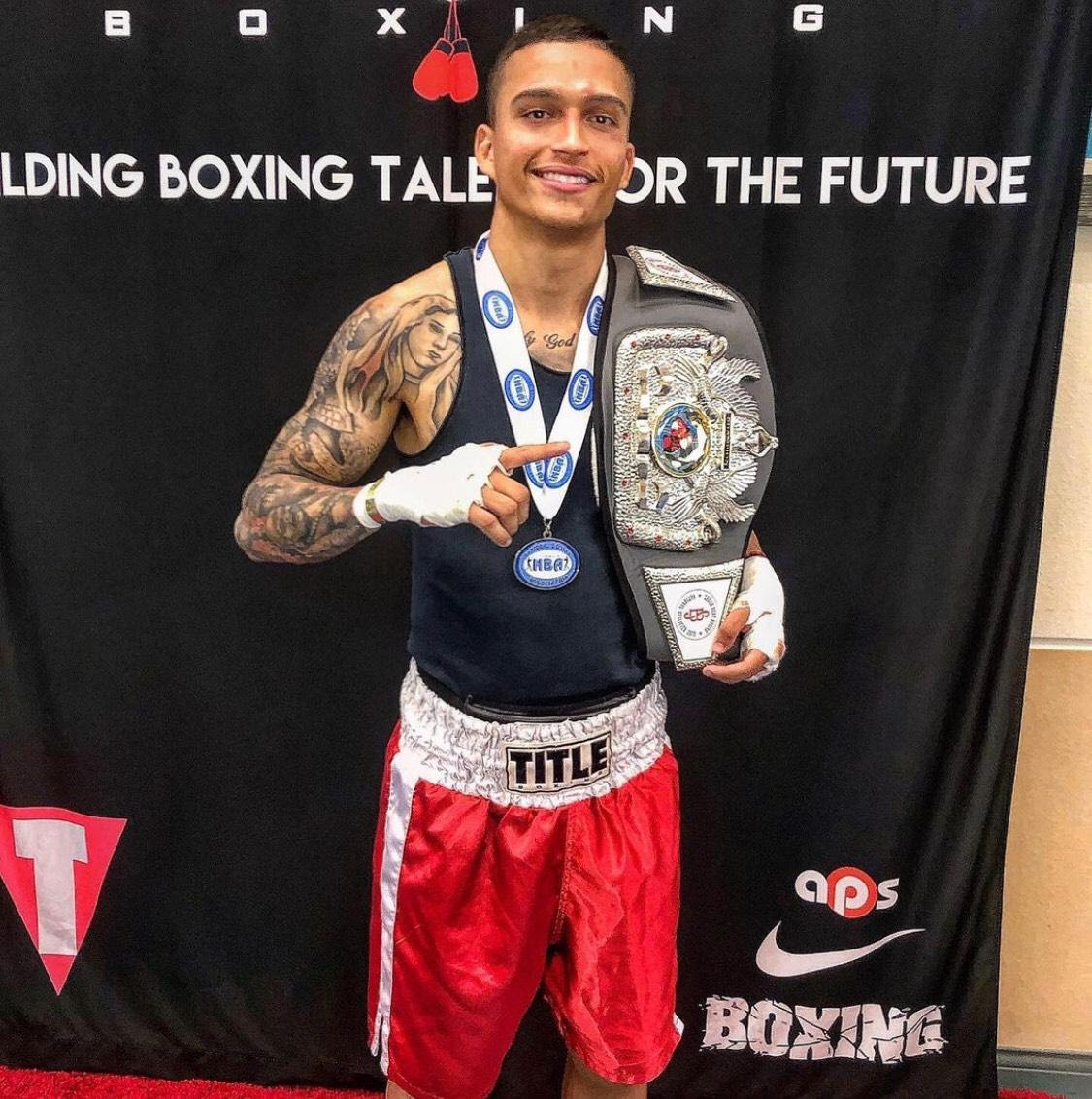 A self-claimed strategic, counter-puncher, Matos also says he has no problem whatsoever getting into a brawl, and like most young boxers his long-range goal is to fight for a world title, although he’s also a student of boxing.

“I definitely want to fight as much as possible to get the ‘professional fighting feel” and slowly gain experience and get my name known,” Matos added. “Of course, the main goal is to fight for a world championship, and I know that with hard training and dedication it will come.

“I’ve always been a (Floyd) Mayweather (Jr.) fan, but I’m also a huge fan of (Vasyl) Lomachenko and (Gennady) Golovkin. I believe a mixture of those three will make the unstoppable boxer.”