Chris Eubank Jr. has been pitted against Marcus Morrison on May 1st just weeks after questioning Canelo Alvarez for facing Avni Yildirim.

It’s no secret that Eubank wants to land a shot at Canelo in the future, although he has to get through Morrison in his first bout since Covid-19 hit.

Morrison’s last four opponents have lost a total of 132 times.

Eubank may have to increase his opposition to be ready for the pound for pound by 2022.

Confirming the fight, new promoters Sauerland released a statement. Eubank will compete on the Derek Chisora vs. Joseph Parker Pay Per View undercard in the UK.

“Eubank claimed the WBA Interim World Middleweight Title against Matvey Koborov in Brooklyn last time out and has a knockout ratio of over 75%.

“An impressive addition to his team, Chris will be entering this fight with boxing legend Roy Jones Jr in his corner. 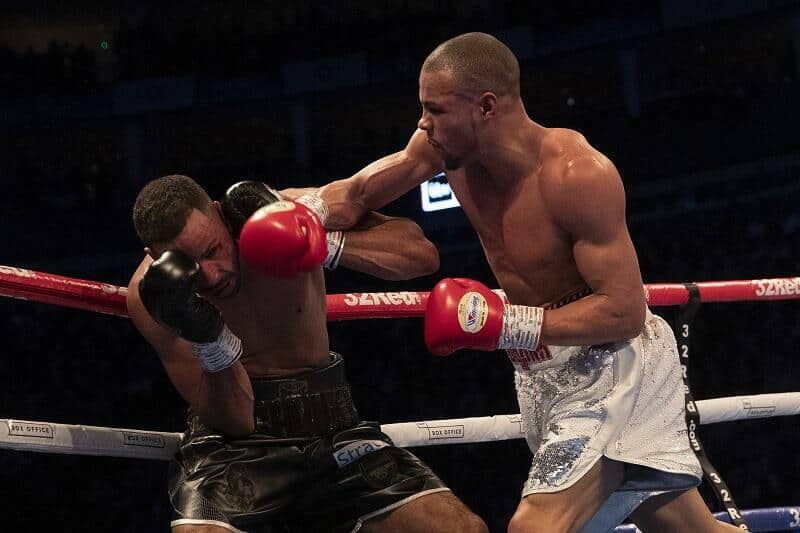 Promoter Kalle Sauerland says this is the beginning of a big year for Eubank.

“It’s a fantastic stage for Jr to return to the UK. One must remember his last performance in the UK was the destruction of James de Gale.

“This kicks off what will be a monster 2021 for Jr, and we expect a good and tough fight with Marcus Morrison.”

“I am so excited about Junior. I have never seen such speed in anyone. We have worked hard on refining his jab.

“I am sure British fight fans will be as excited as me to see Junior back in the ring.”

“People have a lot to say about me and my career,” he continued. “Talk about why fights haven’t happened previously.

“But all I’ve been doing is focussing on number one, training hard, and making sure I’m always ready. I’m now in the best place I can be, and I’m ready to take what is mine.”