Three big match-ups occur over the coming weeks as world title-holders prepare to defend their belts. Russell vs. Vargas, Beterbiev vs. Deines, and the return of Kenshiro.

The World Boxing Council’s featherweight champion, Gary Russell Jr. (31-1-0, 18 Ko`s), will defend his crown against the mandatory challenger of the division, the Mexican Rey Vargas (34-0- 0.22 Ko`s).

For his part, Rey Vargas, former WBC super bantamweight champion, was named champion in recess due to a leg injury.

Fully recovered, he was ratified as the mandatory challenger for the featherweight division.

Promoter Tom Brown, leader of TGB Promotions, will announce the date and place for this attractive bout shortly. 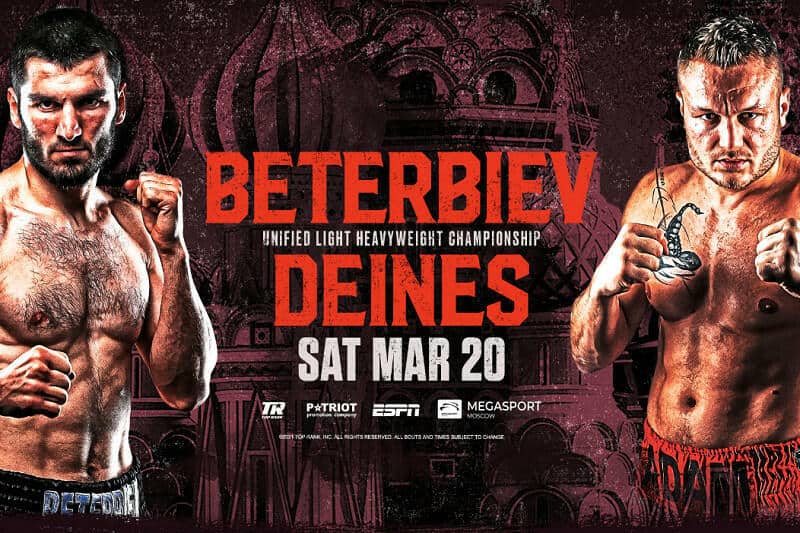 The light heavyweight champion of the World Boxing Council, Artur Beterbiev, will defend his crown on March 20 against the German Adam Deines at the Khodynka Ice Palace in Moscow, Russia.

Beterbiev (15-0, 15 KOs) was scheduled to face Chinese Meng Fanlong in March 2020, but the coronavirus pandemic forced him to reschedule that fight for October 2020.

When Fanlong was unable to secure a visa to travel to Russia, he was replaced by Deines.

A month before the fight was supposed to occur, Beterbiev suffered a rib injury, and the fight was postponed and rescheduled for January 30.

But Beterbiev tested positive for COVID-19, and the fight was postponed again.

The 35-year-old Beterbiev won the WBC belt by defeating Oleksandr Gvozdyk by TKO in the 10th round in October 2019.

Light fly champion of the World Boxing Council Kenshiro Teraji “The Amazing Boy” (17-0, 10 KO) will defend his crown against the mandatory challenger Tetsuya Hisada (34-10-2, 20 KO) on April 24 at the EDION Arena from Osaka, Japan.

“The Amazing Boy” has defended the title seven times since he won it from Mexican Ganigan Lopez in 2017. Five of those successful defenses came by knockout.

The champion had planned to fight in December but had some personal problems that kept him away from the ring.

Kenshiro is currently fully focused on this fight. He is training to continue reaping triumphs in his successful career.

This will be a solid test for Teraji after a long pause, as his most recent fight was against Filipino Randy Petalcorin in December 2019.