Marvin Hagler’s wife has hit out at rumors started by former opponent Thomas Hearns about the former middleweight king’s cause of death.

Hearns took to social media before Hagler’s passing was officially announced to state his view that the ‘Marvelous One’ was in ICU due to the Covid-19 vaccine.

Hagler’s death was then confirmed a few hours later.

The ‘Hitman’ then addressed several anti-vaccine conspiracy theories surrounding Hagler as Hearns urged people not to link Covid to the boxing legend. 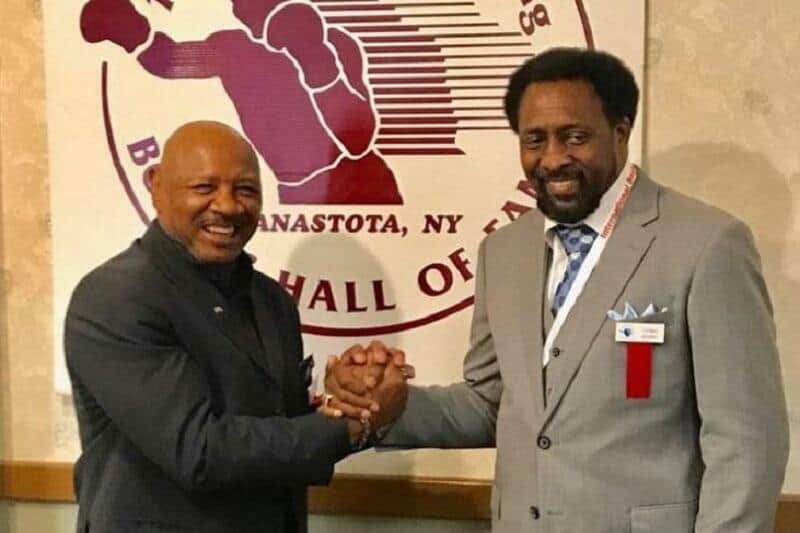 Kay Hagler has since released a second statement in her bid to quell the rumors.

“I would like to speak with my heart to all of you,” said Kay, Hagler’s spouse for over twenty years. “I apologize if my English is not written correctly, but I hope everyone understands me in this difficult moment.

“After 31 years, the love of my life is gone, and my life without him no longer makes sense, but I can feel him next to me even now. He’s telling me not to give up and be strong for him.

“Thank you for your love. He loved people so much. He loved you all. And he was happy when he read your comments.

“Marvin was a special person, the most beautiful person I had ever met in all my life.

“I do NOT accept to read some stupid comment without really knowing what happens. For sure, it wasn’t the vaccine that caused his death.

“My baby left in peace with his usual smile, and now is not the time to talk nonsense.”

On whether Hagler will have a huge send-off to celebrate his life and achievements in boxing, Kay added: Marvin hated funerals.

“Therefore, there will be no funerals or church celebrations. He wants to be remembered with a happy smile.

“But I would be happy if each of you could light a candle for him.

“However, there is something special that I will do because it was his wish. You will be informed at the right time by me; I need time.

“Thank you all for your love. Kay G. Hagler.”