Anthony Joshua promoter Eddie Hearn offered an update on the current situation regarding an undisputed clash with Tyson Fury this summer.

Fury vs. Joshua is signed but is still in danger of collapse over a potential venue.

Estrada won a controversial decision after the pair threw over one thousand punches each.

Finally, the tragic and untimely death of middleweight king Marvin Hagler aired on the agenda.

Hearn spoke to The Ak and Barak Show in his usual weekly address.

Snippets from the chat are below. You can listen in full on the Sirius XM App or watch on DAZN. 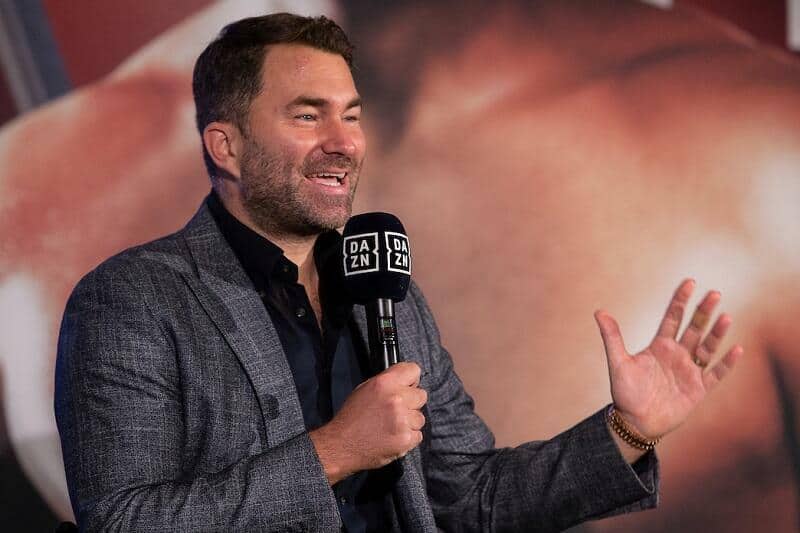 I wasn’t watching boxing when Hagler was in his prime, but everyone knew who he was.
Hagler had a 38-fight winning streak. He was unbelievable.
The first round between Hagler and Hearns was great to watch. Hagler decided he wasn’t getting beaten.
Hagler was never Sugar Ray, but he was so tough and strong.

Thought Chocalatito edged the fight.
No one thought this fight was 117-111.
If there are consistently inconsistent cards, the judges in question need to be looked at now.
You can’t have a judge seeing it completely different than 99 percent of the audience.
Felt so lucky to see this fight. It was the best fight that he’d seen live.
He wants to see this fight again, possibly in September.

Everything is progressing for AJ-Fury. The fight is signed, and it’s just the venue that needs confirmation.
Fury vs. Joshua is, by far, the biggest fight in the world. June and July are on the table for it.
The fighters have to sign off on the site deal.
AJ and Fury badly want this fight.

There was a tremendous performance from Ammo Williams on Estrada vs. Gonzalez II.