Andy Ruiz Jr. has no problem with Deontay Wilder Pay Per View fight

Former unified heavyweight champion Andy Ruiz Jr. has indicated that he would accept any Al Haymon offer to face Deontay Wilder in 2021.

The encounter would be a massive Pay Per View in the fall and allow both men to become the top contender to challenge Tyson Fury or Anthony Joshua.

Despite stalling, Fury and Joshua hope to meet in an undisputed unification. This situation leaves Wilder and Ruiz out of the title picture.

Therefore, a mammoth collision on FOX PPV makes the most sense, and Ruiz is firmly on board.

“I would love to fight (Deontay) Wilder and Tyson Fury,” Ruiz Jr. told Little Giant Boxing. “Everybody has been talking about those fights.” 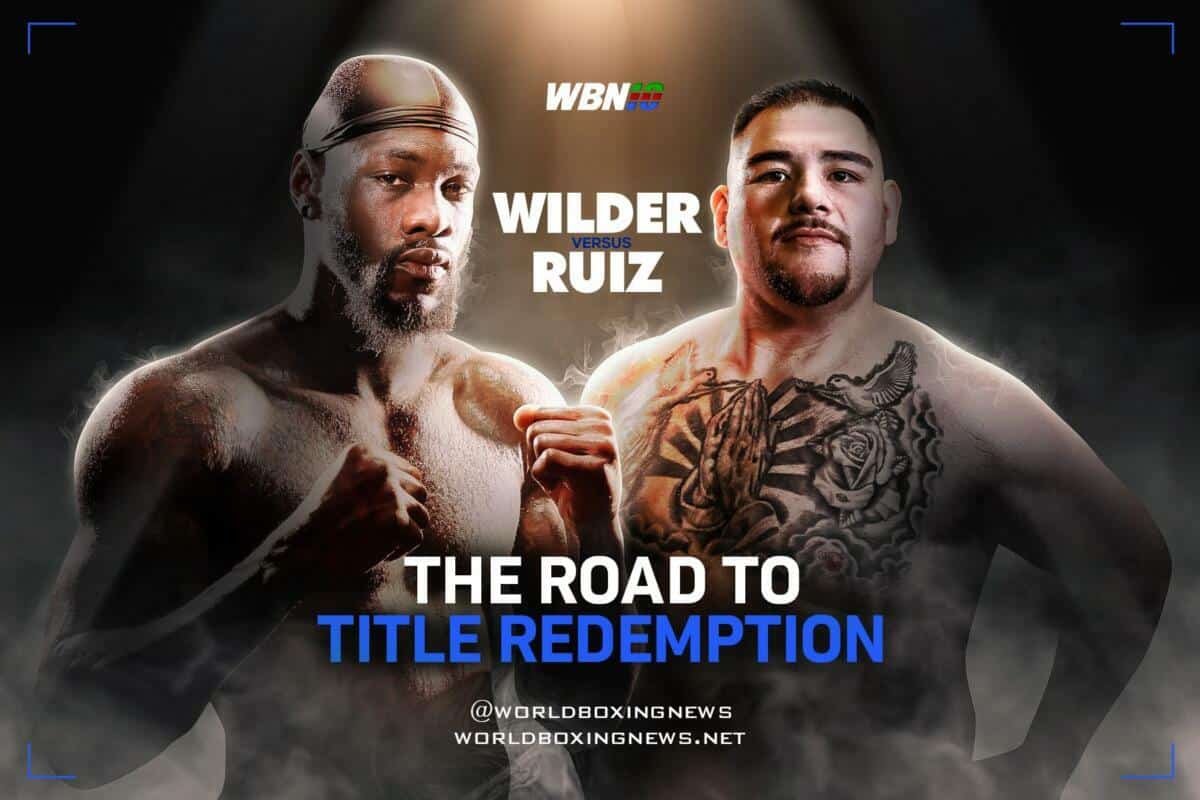 In a warning to Wilder, Ruiz stated that he could veer away from the ‘Bronze Bomber’ if Fury ever came calling.

Ruiz is interested in the coveted green and gold belt offered by the World Boxing Council.

“I want that green belt. I have all the belts, but that belt, I’m missing that one. But I know Anthony Joshua is going to fight Tyson Fury. I need that belt, baby,” he pointed out.

At present, Ruiz will make his comeback against Chris Arreola on April 24th. It’s the first step in Haymon’s plan to have Ruiz and Wilder exclusively on Pay Per View until they eventually trade blows.

‘The Destroyer’ is whipping himself into great shape with new trainer Eddy Reynoso. He wants to keep that transformation going once Arreola is in the books next month.

“After Arreola, I want to keep fighting and training to look better and better,” he concluded.

Regarding Deontay Wilder, there’s still no word on what the ex-WBC champion will do next.

Talk of a Fury trilogy resurfaced over the last week, but nobody truly knows if that’s a smokescreen by ‘The Gypsy King’ to put the frighteners on Joshua.

Wilder has a few contenders open to him, as WBN previously explained. Ex-IBF belt holder Charles Martin is one of those.

However, Robert Helenius is an option, while a Brooklyn return against Adam Kownacki is another consideration on the table.