Undisputed lightweight champion Teofimo Lopez will not be going back to Top Rank at any point shortly, World Boxing News can reveal.

The WBN Fighter of the Year for 2020 is concentrating on his image enhancement after launching Takeover Promotions.

Since moving away from Top Rank and joining Triller on a one-fight deal, Lopez has become verified on Twitter (something he fought for) and secured the biggest paycheck of his life.

All this means any Top Rank collaboration is now a thing of the past.

If things ever change at the Las Vegas-based company’s helm, Lopez stated he would be open to a return down the line.

Lopez explained his thoughts to Sirius XM on the Ak and Barak Show.

You can find the best bits of the interview below. Listen to the whole chat on Sirius XM or DAZN. 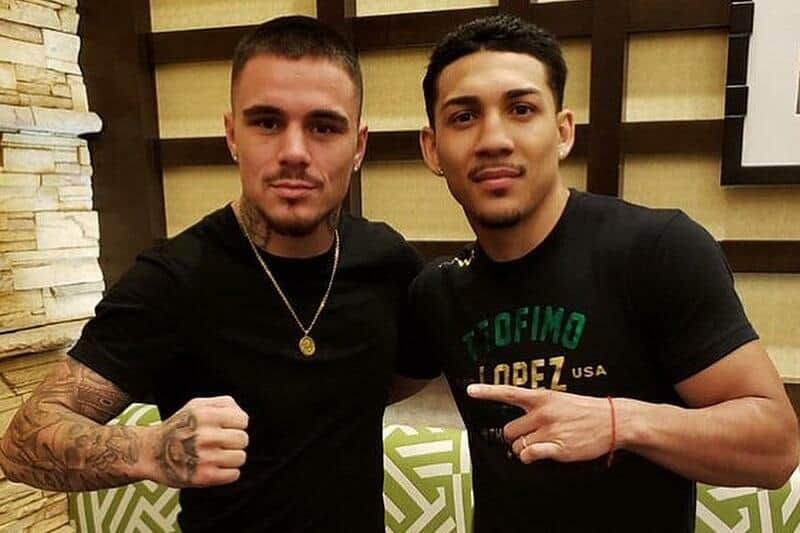 • Always going to bet on me. Fighters should always look to that. At the moment. Lopez’s goal is to stay focused on this fight while the team works on the future.
• Tried to be as cordial and as polite during these negotiations. But (Todd duBoef) wasn’t doing what he was supposed to.
• ESPN is disappointed in Top Rank and Todd duBoef. I shouldn’t have been in this predicament, but things happen.
• Sees himself becoming a free agent soon. Top Rank gave him the golden ticket to getaway.
• Looking forward to ESPN, PBC, Triller, DAZN, etc., potentially becoming a partner. Just trying to become his own boss, he’s shaken the sport of boxing.

• He was always happy with Top Rank. It’s one of the best companies to start a career.
• Has nothing against Top Rank, but had they gotten rid of Todd, maybe they would have been able to work it out.
• People are willing to buy his contract out. People see the potential of what he could become.
• When he fights Kambosos when they get those numbers, everyone will want to fight him for the biggest payday.
• Top Rank still has his rights at the moment. But they could make another fight happen (WBN understands highly unlikely).

Lopez faces mandatory challenger George Kambosos Jr. in the coming months. The fight could take place as a co-feature to Mike Tyson vs. Evander Holyfield 3.