Heavyweight champs Tyson Fury and Anthony Joshua can still not get an undisputed deal over the line three months after the latter fought his mandatory challenger.

The British boxing contingent may start to worry as a deal between Fury and Joshua continues to stall.

A roadblock seemingly remains present despite Deontay Wilder’s assurances that he has now fully moved on.

Mediation is dead in the water as ‘The Bronze Bomber’ plots facing someone he has never shared the ring with before.

Ruling out a third meeting with Fury, Wilder was touted for a massive Pay Per View opposite Andy Ruiz Jr. later in 2021.

Fury and Joshua supposedly agreed to a 50-50 deal before Christmas. But there have been two similar announcements since then, one only last week.

So what’s the hold-up?

Bob Arum and Todd duBoef had a very public falling out with Eddie Hearn over the Teofimo Lopez purse bid.

Maybe this could be one of those spanners in the works. 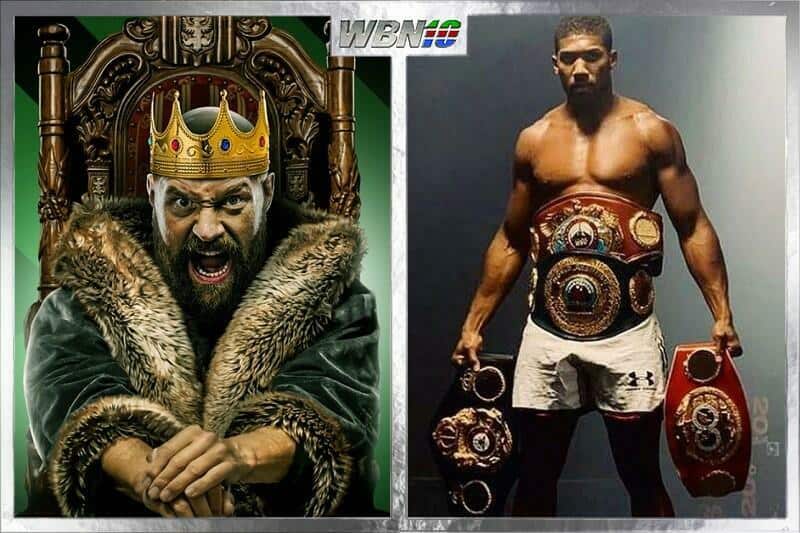 Is it the ring walk or names on the poster? – These two have been named possible sticking points byHearn in the past, but you never know whether the Matchroom boss is joking or not.

The venue seems to be something of a problem. Firstly, Hearn said it was likely to be the Middle East. Most recently, he outlined he wanted Las Vegas.

According to a new update, Joshua is holding his meetings with his team. AJ says things are going well, but nobody knows what’s happening behind closed doors.

“Another positive meeting with 258 Management. (258) have informed me things are shaping up nicely,” assured Joshua.

“They will be sharing the update with Eddie, and you’ll be hearing from me soon,” he added.

In the latest twist, Oleksandr Usyk pressures the WBO for his opportunity at the number one heavyweight contender.

Another Briton, Joe Joyce, is lined up to battle Usyk for the soon-to-be-vacant title. However, giving Fury and Joshua one shot at the undisputed crown was a negotiable option.

But time is fast running out, and the Ukrainian is unwilling to wait forever. Fury vs. Joshua needs to be confirmed this month, or Usyk vs. Joyce will undoubtedly demand the strap.

Phil Jay is the Editor of WBN.