Fans reacted with disgust in the aftermath as Canelo blasted out the Turk in three rounds, hurting Yildirim until he ultimately gave up.

Questions immediately arrived as to how Yildirim was the WBC mandatory challenger.

The ever-willing Sulaiman has since revealed all, clarifying that he was declared a mandatory challenger by the Board of Governors after contesting the 168-pound title against Anthony Dirrell in a fight held in 2019 that had a controversial ending plus a close result.

“Avni Yildirim was going to fight in the semi-final of David Benavidez and Anthony Dirrell. But his rival did not take part.

“Later, when Benavidez was knocked out, Dirrell and Avni were ratified as a mandatory rivals. Unfortunately, the issue of the pandemic came and stopped the activities. 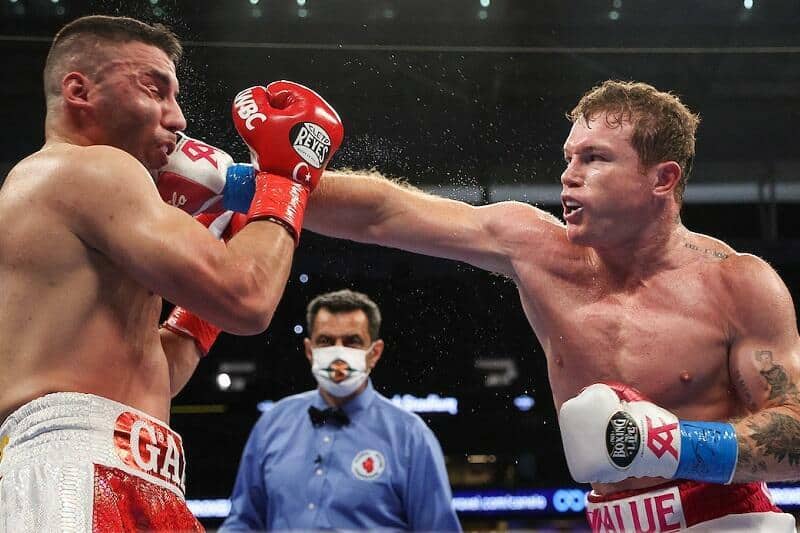 “Yildirim could not travel to the United States, and David was allowed to defend the title. He lost it on the scale.

“It was there that Saúl raised his hand to ask for the opportunity to contest the 168-pound championship with the understanding that Avini he was the mandatory challenger.”

Sulaiman also recognized that it is essential to review this rule as Yildirim was not up to the show’s level that everyone expected.

He was much less a fighter than from two years ago. However, until now, the rule is clear and legally must be followed.

The President explained that the mandatory challenger rule is very important because great world champions have been born from there. But if he needs a thorough review.

Finally, Sulaiman closed the subject by saying that we must stop criticizing and better celebrate Canelo.

Since the beginning of his career, Canelo has shown himself as a dedicated, disciplined fighter. Above all, he seeks to improve every day.

A man who raised his Mexico with pride will continue to make history, as it has apparent goals that will continue.

The next contender in line will be confirmed when David Benavidez fights Ronald Ellis at Mohegan Sun on March 13th.