British boxing legend Chris Eubank has revealed that the only real thing he fought for during his career was his siblings’ respect.

Eubank grew up with three brothers, David, Simons, and Peter – the latter two professional boxers. The Brighton man battled hard to gain a foothold in the family.

Eubank reached the sport’s pinnacle with a win over arch-nemesis Nigel Benn, proving himself the most talented of the bunch in a pugilism capacity.

Even then, Eubank didn’t fully get respected by his brothers.

In a conversation with Piers Morgan on the ITV show ‘Life Stories,’ Eubank recently opened up on the situation.

Piers Morgan: “You were living with your father and your brothers (during your early career)?”

Chris Eubank: “Those three brothers of mine, whatever happened to me throughout my life, nothing was more challenging than what those three did to me.

“My brother Peter, he never hit me once in his life. But he didn’t talk to me.”

Morgan asked: “For how long?” 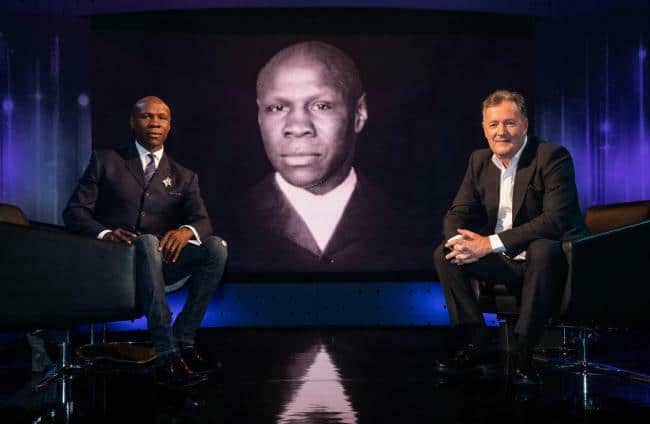 Eubank answered: “He was always like this as a child with me. So it was him ignoring me and me wanting.

“When someone ignores you want to get their attention. So that was probably the most powerful.

“More so than my brother David, who, you know, I was always fighting with him. So more than the pain of those fights, him not talking to me. But that was good. It was great for me.

The journalist and Good Morning Britain presenter then quizzed: “You talk to him now?”

“Oh, yeah,” stated Eubank. (Not as) Friends. He’s my brother. You see, there’s a distinction.”

Later on in the program, Morgan asked about what is Eubank’s most memorable night against Benn.

Even overcoming one of the most fierce competitors on the planet wasn’t enough for Eubank to garner what he hoped.

“I mean, talk me through what you had to put yourself through in that time. What does it take to become World Champion?” – said, Morgan.

Eubank responded: “You get up, and you run every morning, and you train every day.

“And if you’re going to be smart about it, train on Christmas Day and your birthdays because that’s when the other guys are taking a break.

“You have to get ahead of them intellectually. You have to do things that they won’t do. If you can think, if you can use your brains, you can work out how to do anything.”

PM: We got a picture of you in 1990 after defeating Nigel Benn. When you look at that picture, what were you thinking at that moment when you achieved the great dream of becoming a World Champion?

CE: “That my brothers would finally respect me and treat me like you treat each other.”

PM: “Were they all watching?”

PM: “And what do they say to you afterward?”