Manny Pacquiao could be on the verge of announcing his retirement for 2021 after missing almost two years of his career due to the pandemic and senatorial duties.

The 42-year-old, who remains continuously linked to a run for President in his native Philippines, seeks to fight twice this year before walking away for good.

Firstly, that scenario is according to reports in his homeland.

Dates of late April and May 15th in Las Vegas before a September to November farewell in front of his adoring fans is entirely possible.

In Nevada, an MGM Grand farewell could undoubtedly be followed up by a swansong for Pacquiao at the 55,000-seater Philippine Arena in Bulacan.

Regarding opponents, Mikey Garcia in the spring may well lead the ‘Pacman’ into what would be a fitting final world title fight against Terence Crawford.

Getting the latter to agree to an away day in Manny Pacquiao’s backyard will be the hardest part. 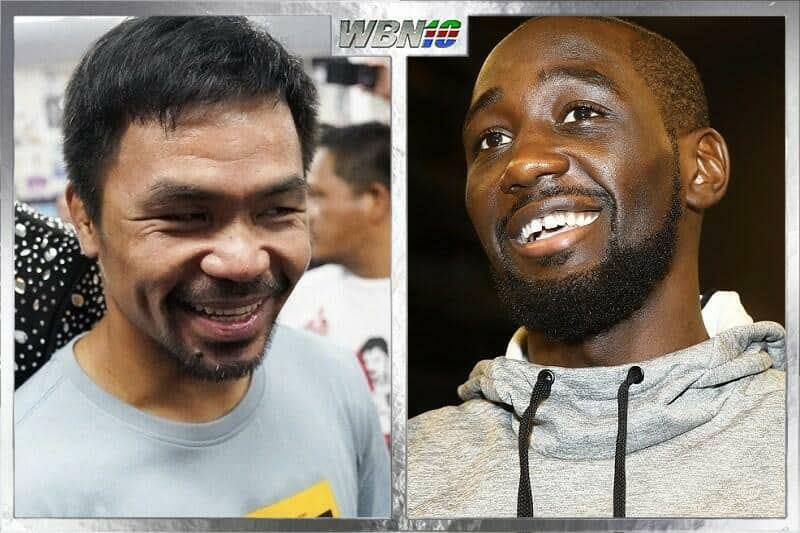 Whatever happens, the curtain is beginning to fall on the eight-weight world champion’s career as a professional.

Pacquiao could then focus his efforts on leading his country in office. The Presidential race concludes in 2022.

A few years away from the sport to recharge his batteries and elevate his political ambitions to the highest heights would support his continued desire to help his compatriots.

“It always feels good to look back at where you came from in life. To bring a little smile to people who were part of your past,” said Pacquiao.

“It reminds us that no matter how hard life is, one should never stop dreaming.

“Going back to my birthplace in Kibawe, Bukidnon has re-energized my passion for serving our people.

“It strengthened my resolve to do more to give justice to the poor. It fueled my will to provide a better life for the people of Kimbawe. And the entire Filipino nation.

“Thank you, Kibawe. For the warmth and the love,” he added.

Boxing taking a backseat wouldn’t have to be forever, though. Pacquiao will have immediate exhibition deals to consider the moment his gloves are hung up.

Floyd Mayweather, Manny Pacquiao’s arch-nemesis, is currently involved in those kinds of match-ups. Everybody knows the biggest earner out there is a rematch between the pair.

Even if Floyd was in his late forties and Pacquaio five years older than now, fans worldwide are interested in seeing it happen again.

More will come to the forefront in the coming weeks. But Pacquiao has already begun training for his next bout.

His expected date of April looks likely to give way to May, though.