New Haven (CT) super welterweight boxer Jimmy “Quiet Storm” Williams will finally get what he calls “his world title fight” this Saturday night against former world champion Yuri Foreman in an 8-round bout for the vacant American Boxing Federation USA super welterweight championship, at the Kentucky Center for African Americans in Louisville, Kentucky.

Foreman (35-3, 10 KOs), fighting out of Brooklyn, captured the World Boxing Association (WBA) super welterweight World title in 2009, when he won a unanimous 12-round decision versus defending champion Daniel Santos (32-3-1).

“We sparred back when I was a kid when I trained at the Joe Grier Boxing Academy in Patterson, New Jersey,” Williams explained. “Joe was the one who gave me my nickname, ‘Quiet Storm.’ Yuri is a true world champion. I basically have come from nowhere to share the ring with a world champion. What we’re doing is what boxing is all about. It’s not about age; he’s 40 and I’m 34. Age doesn’t mean anything. I’m not a top dog, which is probably why they offered me the fight, but I’m a real fighter who will be in with a world champ. This is my world title fight! Win, lose, or draw, I’ll be fighting a world champion. I’m not scared of anybody. It’s not about money, it’s who I am, and I always step up to the challenge. This is going to be a great fight.”

Williams (16-5-2, 5 KOs) is proud to be one of the rare football players who has succeeded in boxing. He was a standout cornerback at Southern Connecticut State University and invited to several NFL tryout camps. He came close to making the cut with the then-Oakland Raiders. 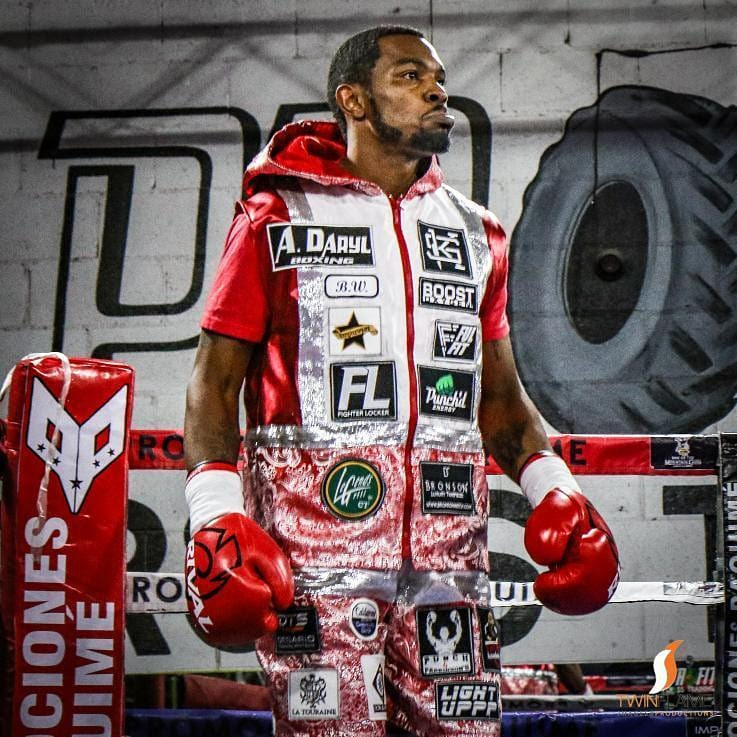 “I’ve always been a boxer at heart,” Williams said, “so football was easy for me. It was great getting calls from NFL scouts. I walked away from football for boxing. I’m a former Division 2 college football player fighting a world champion. I knew when it was time to leave football, but I’m not ready to leave boxing yet. I don’t need to box. I’m educated, work in the community, and I’m a father. I’m blessed to be boxing and I’ll know when it’s time to hang up my gloves.”

Williams didn’t box until after his mother, Belinda, was murdered in 2008 and her case remains unsolved. He lost his father to cancer.

“This fight for Jimmy is by far the biggest of his career,” Williams manager Ryan Roach (Fighter Locker) remarked. “It’s a must win to get him back on track. He knows what he has to do. He made a move to Veloz Boxing in Rhode Island and he’s a different fighter from what he was in his last two fights. Just being around ‘Boo Boo’ (world champion Demetrious Andrade) and those guys there has Jimmy where he needs to be for this fight.”

Williams has been promoted by Jimmy Burchfield’s Classic Entertainment and Sports (CES) since he turned pro in 2013.

“We have a close relationship,” Burchfield commented. “I turned him pro, got him on national television a few times, and even attended his wedding. I’m very proud of him. He’s been tremendously loyal to CES as we have to him. This is a great opportunity. He didn’t hesitate a minute to take this fight. He has a new trainer, Brian Johnson, and Jimmy has been driving bad and forth from New Haven to Providence to train. I think he’s in the top shape of his life, because he knows the importance of this fight. He deserves to have this opportunity.

Something special about his fight this Saturday night against Foreman for Williams, an African American, is fighting at this venue (Kentucky Center for African Americans) in the hometown of his hero, Muhammad Ali.

“I’m paying homage to all people who’ve lived my dream,” Williams remarked. “It is what I represent. We’ve lost a lot of people in the last year. Fighting in Louisville is big for me because it’s the home of ‘The Greatest,’ Muhammad Ali. I look at Ali more for his character and what he stood for than his boxing. He stood for something and lost the prime of his career because of it. I try to be like him in terms of who I am. He gave me the confidence be who I want to be in life. I’ve read every book about him. I refuse to give up like Ali. I’m a throwback fighter.”