Now that the dust has settled on Triller’s massive bid to stage undisputed lightweight champion Teofimo Lopez’s next fight, it’s time to crunch those numbers.

Lopez became the six million dollar man when the platform entered the IBF purse bid last Thursday and blew Matchroom and Top Rank out of the water.

Triller will soon confirm a date and venue for the International Boxing Federation mandatory contest.

It’s likely to land on a co-feature with either a YouTuber or Mike Tyson, two of the most significant acquisitions currently on the Triller roster.

So, it’s a career-high paycheck for Lopez. But just how big is it?

Well, Triller bid $6.018 million. Lopez got 65%, according to the IBF, when handing the information to WBN last week.

With a quick calculation, this equates to around $3.912 million. His old handlers at Top Rank, who still have a contract for the fight, will get 20%.

This total comes to just over 780,000 dollars. They are still giving Lopez a healthy three million-plus to pocket. 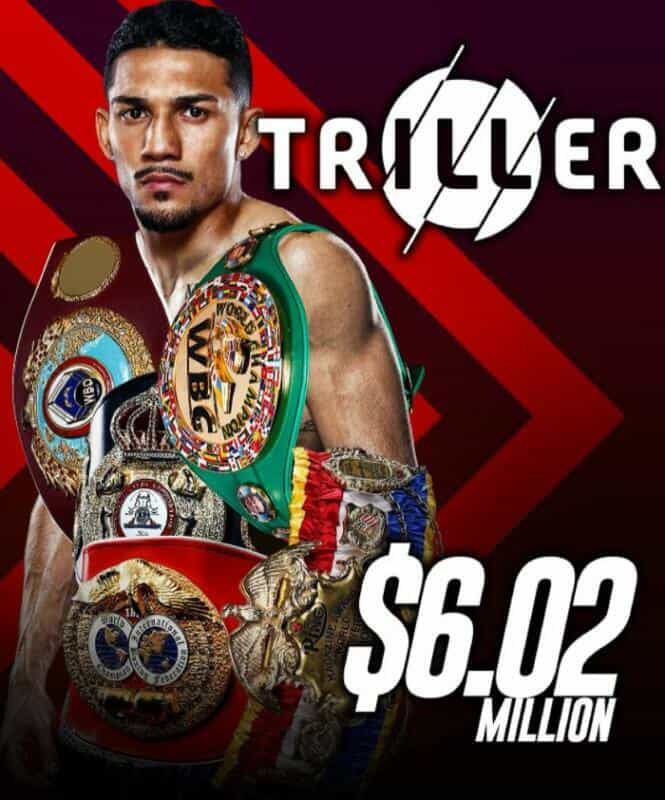 Take away his sanctioning fees to be paid four ways, and Lopez is looking at paying out at least 10% for the privilege of putting his belts on the line.

‘The Takeover’ is left with over $2.8 million – a nice earner for his first defense of the titles.

At 23 years of age, Lopez has a clear plan and is on his way to securing his future.

“The goal is to become your own boss. Not to work for one,” he said.

As for his opponent, George Kambosos, the Australian must be ecstatic with the outcome. Promoter Lou DiBella was undoubtedly ready to pop out the champagne.

Once the dust had settled, DiBella outlined that this wasn’t just about the money for the IBF number one contender.

“While George is thrilled with the upcoming payday, he is hungry and eager to prove himself,” noted DiBella.

“He has massive respect for Teo but believes he can shock the boxing world.

“Message to other young fighters: patience, sacrifice, and a willingness to take chances can pay off.

“The plan for George was to earn mandatory status and required him to be a road warrior, away from family, with strategic, but modestly paying, fights.

“He trusted his team, just kept winning, and will see the million-dollar payday that few champions see,” he added.

Kambosos is likely to clear well over a million dollars for his first championship fight.