Ryan Garcia announced that he would be fighting the great Manny Pacquiao before an announcement to the contrary from Audie Attar.

The lightweight star had high hopes of passing the torch from the Filipino Legend. The trouble is, the fight may never have been a viable option.

Pacquiao looked at Conor McGregor, Terence Crawford, and a different Garcia entirely in Mikey. That’s before Attar released a cryptic message to promotional and managerial meddlers.

An excited Garcia said at the time: “Dream to reality. It’s an honor to share the ring with Manny Pacquiao.

“I will always respect what you did in and out of the ring. Here’s to the best man winning (the fight),” he added.

He also stated: “I’m just saying, can we share that ring and please pass that torch to me.”

Social media was subsequently ablaze. Garcia’s confirmation was a welcome boost to his ambitions and keeping Pacquiao’s name down with the kids.

“That’s the dream. With Manny, it’s like he’s the Legend. It would be like passing it down to me in the most humbling way.

“I don’t want it to come out as disrespectful. If I were to beat Manny Pacquiao, he passes it on. I take whatever he did (titles in eight weights and transcending the sport). I try to push it. 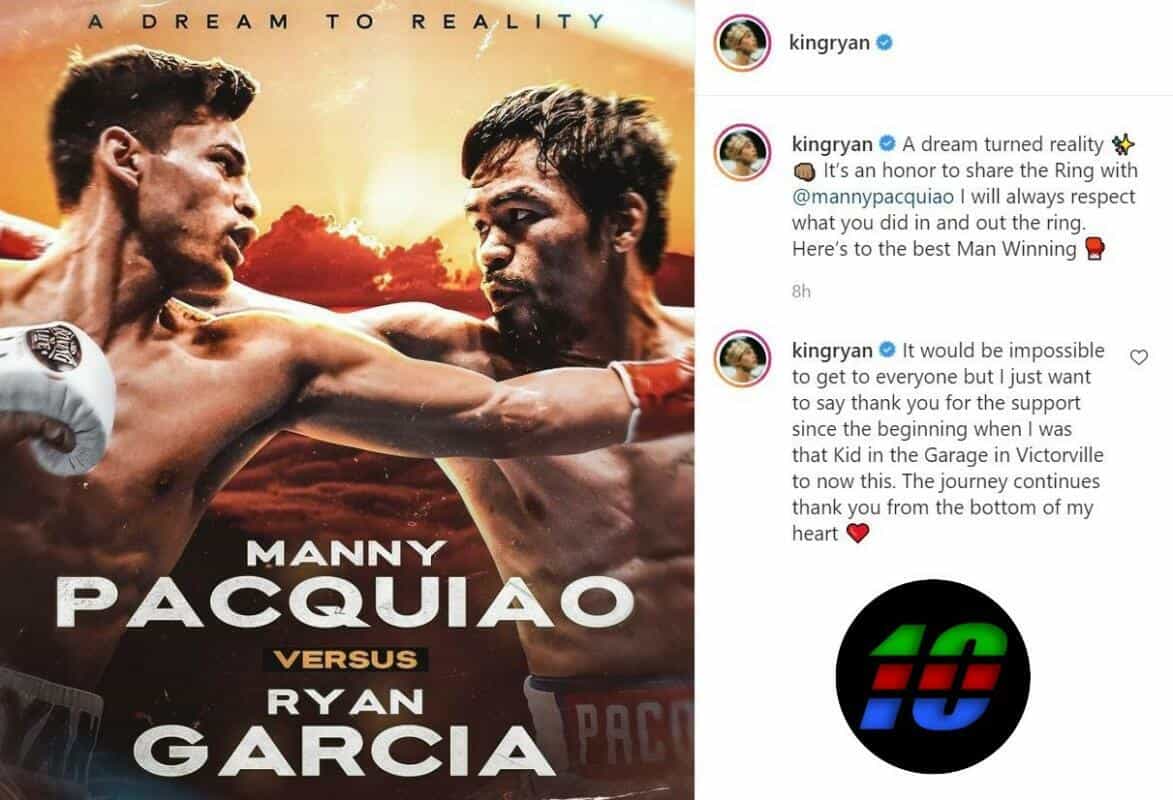 “Manny knows my respect for him. People love Manny because he fights with his heart. He does it to inspire people.

“You don’t even have to tell people to respect him. They do as he has more than a country supporting him.”

On the same sofa, Garcia also called out Gervonta Davis. It seems neither will be in the ring with the youngster next.

It is a shame but possibly part of a bigger plan to elevate Garcia’s when he’s ready to make that step up.

The Luke Campbell win was good, although the Briton was no world-beater. Those tests are coming in the future.

You only have to look at Canelo when he was with Golden Boy. The Mayweather chance happened at 23. It surely won’t be long for Garcia.

As trainer Robert Garcia pointed out, it’s just a little too soon for ‘King Ry’ to face Pacquiao or Davis – for that matter.

“Ryan Garcia’s performance (against Luke Campbell) was terrific. He surprised him.

“Pacquiao and Ryan would be a great fight. If Floyd Mayweather wants to steal a fight from Pac against Ryan, this could be fun.

“Tank Davis would be a challenging performance for Ryan. We’d have to see him fight a few more times to see if he’s ready for Tank.

“Garcia has a ton of respect for Vergil Ortiz. Give him some time,” Garcia told Sirius XM.