The four-weight world champion has revealed when he will retire from boxing ahead of his latest fight.

Asked during fight week when he may look towards stepping away from the sport, Canelo said potentially at 36 or 37.

Floyd Mayweather, who was the only man to defeat Canelo back in 2013, got out at 40, once beating Conor McGregor in 2017.

“The truth is it’s been long enough. But I’m ready to fight. I’m pleased about the new promoters for my fights.

“I feel happy, and I’m very motivated about fighting in Miami.” 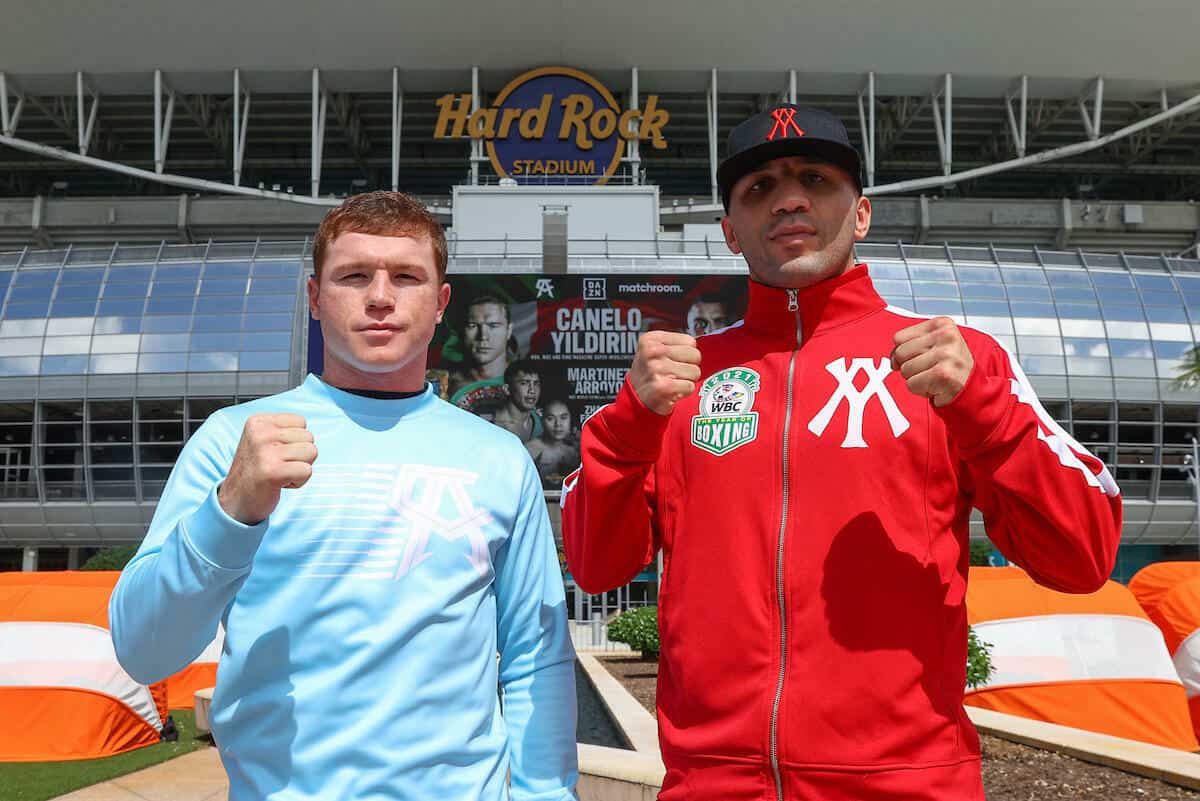 Canelo added that on sticking to super middleweight for the immediate future: “No more 175 pounds.

“Eddy (Reynoso, Canelo’s trainer) told me that I give up too many advantages at this weight class. We’re focused on winning these titles.”

Next up for Canelo in May is set to be Billy Joe Saunders, the WBO ruler. After that, Caleb Plant is in Canelo’s crosshairs. He’s the IBF title-holder.

Firstly, the 30-year-old has to deal with Yildirim, who should be a routine task for the most outstanding boxer at the moment.

“I’m training hard like I always do. I’m not underestimating my rival at all.

“I know this is boxing, and one punch can change everything. It is not in me to underestimate anyone.”

WBN believes Canelo can head up as far as cruiserweight during his twilight years and possibly even heavyweight for at least one bout, if not a title challenge.

Unlike the years of Roy Jones Jr, who is the only middleweight to win a top division crown, heavyweights are much bigger and taller these days.

That’s not to say Canelo cannot at least have one fight in the mix against one of the lesser-weighing heavies.

Asking teenagers to part with their cash for a Pay Per View event featuring their favorite gamer is where it’s all ended up after one of the best boxing careers ever seen.