In the co-main event of Adrien Broner’s comeback, Swedish heavyweight contender Otto Wallin continued his rise in the division with a unanimous decision over former world title challenger Dominic Breazeale.

He started slowly, and Wallin was able to get his offense on track early and often.

Firstly, the southpaw Wallin landed a huge left hand that caused swelling over Breazeale’s right eye in the fifth round. He out-jabbed Breazeale 103 to 37 and landed more than twice the number of power shots than Breazeale did (129-54).

Wallin, who constantly stated his desire to move past the Tyson Fury fight that he nearly won in 2019 in the pre-fight leadup, earned the most impressive win of his career in his second appearance at the Mohegan Sun “Fight Sphere.” 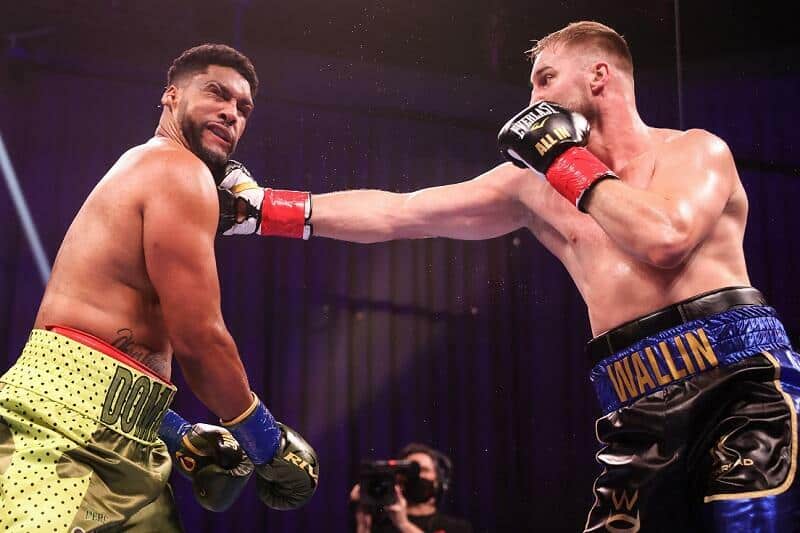 “I think I had an advantage because I fought here before,” said the 30-year-old, who lives and trains in New York City under former world champion Joey Gamache.

“I was more focused this time, and I think I came out better than what I did last time. We knew coming in that I had better footwork, better speed, so I wanted to use that. And I have good defense too.

“He hit me here and there but nothing too serious. Before the fight, I said I gotta do what I’m good at, and that’s what I tried to do.

“My ultimate goal is to be a heavyweight champion. But I have to keep improving. I’m not there yet. I’ve got a lot of work to do. I’m getting better.

“I’m not so focused on who I fight. I want to fight, keep it stepping it up, and when I get another shot, I’ll be ready for it.”

“I let the early rounds get away from me,” said the 2012 U.S. Olympian Breazeale. “Otto is a good boxer and did a good job of sticking and moving the whole fight.

“I did a little bit too much head-hunting at the start and paid for it on the back-end.”