The press conference also featured former heavyweight world title challenger Dominic Breazeale and highly touted contender Otto Wallin, who will square off in the 12-round co-feature of the SHOWTIME CHAMPIONSHIP BOXING telecast, and former world champion Robert Easter Jr. and contender Ryan Martin who will meet in a 12-round super lightweight bout to open the telecast.

Here is what the press conference participants had to say Thursday:

“I’ve had so many great performances and I’m looking forward to another great performance Saturday night. I know he’s coming to fight, he’s undefeated and he’s hungry. Anybody who fights a name like Adrien Broner is going to always train to their best ability so I’m not looking at this as a fight where I just go in and destroy this guy.

“I’m just going to go to do what I have to do to get the victory – look good inside and outside the ring.

“Whatever Broner brings to the table, I’m going to beat him on Saturday night. I’m ready for this fight. At this point, Broner might think he has an easy fight, but he’s in the wrong. I’m here to fight, I’m here to win. We’re ready.

“I know this is the biggest fight of my career. He’s a big name and I’m going to try and win for Puerto Rico. Winning this fight would be the best thing that’s happened in my career and my name would get a lot bigger in the boxing world.

“I don’t have anything to lose. Adrien Broner has everything to lose Saturday night so he better bring his A-game against me. A win for me would catapult me into a world title shot.

“AB always puts on a show so on Saturday I have to be ready to put on my own show against AB. He is a good champion but I’ve trained really hard in the gym and I’m going to show it on Saturday.

“I think Adrien Broner thinks that I’m an easy fight for him, but he’s wrong about that. I think Broner is going to let go of his hands because he sees me as a weak opponent. He’s definitely overlooking me.

“It’s true you’re only as good as your last fight, but at the same time I feel like this is my coming out party. It feels like my pro debut. I’ve been off for a long time and had a great training camp so I’m ready for Saturday night.

“After my last fight against (Deontay) Wilder I took a few days to digest the loss and then was back in the gym about 10 days later. I didn’t want to harp on it or let it bother me. There wasn’t really a sense of urgency, but I knew there were going to be changes and I knew they had to be done in the next couple of weeks. I focused on my eating and my training and, of course, the biggest change of all was my trainer change from Virgil Hunter to Abel Sanchez.

“Some people might have thought I would have wanted to get back in there with a pushover, but I’ve always wanted to fight the top guys. I saw the Otto Wallin fight and the performance he gave against Tyson Fury and then Travis Kauffman. When the name was brought to my attention, I jumped all over it. I knew that the boxing world would respect the fight against myself and Otto.

“I don’t think Otto’s been in there with a big, strong, athletic guy like myself. Mike Tyson said it best: ‘Everyone’s got a game plan until you get punched in the mouth.’” 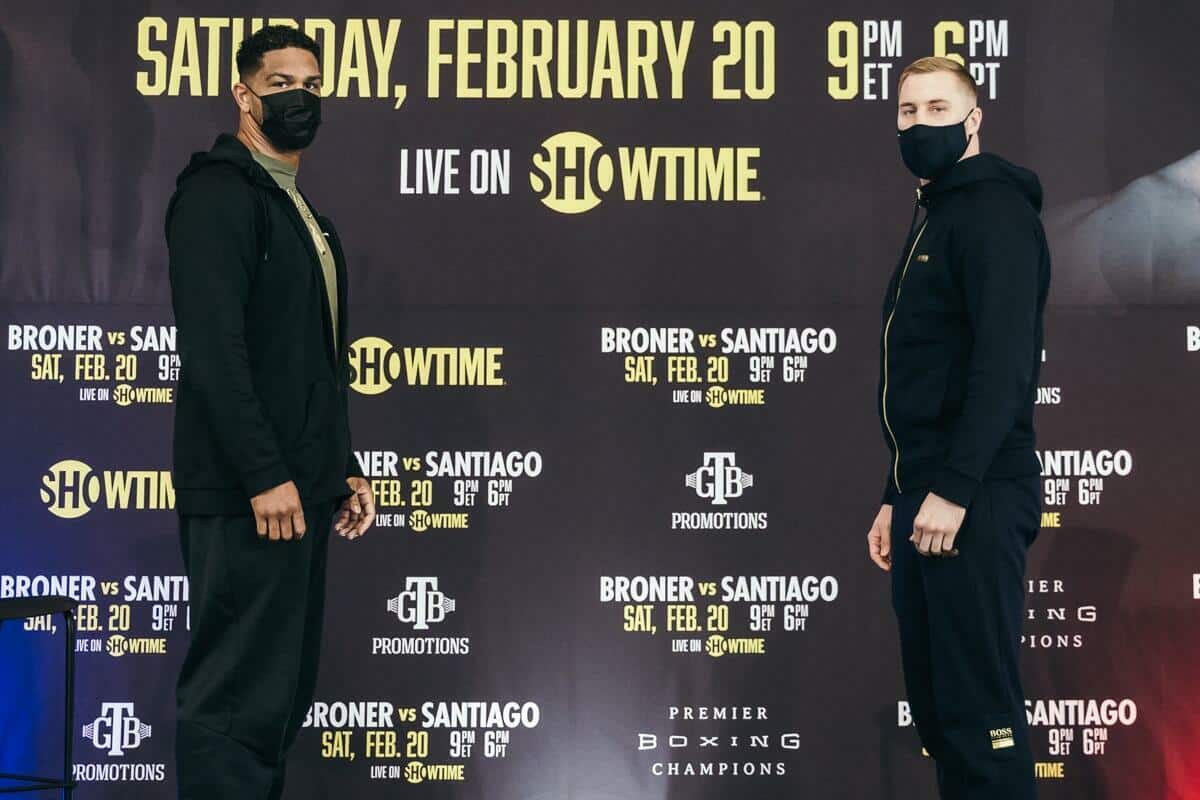 “Everybody wants to ask about my fight with Tyson Fury and they forget that I’ve done a lot more than that. But it was a great performance and I understand that most people hadn’t seen me fight before, it was a great fight and it was better than what most people thought. I’m kind of over that now. I want to move forward. It’s nice to move forward. It’s nice to be on SHOWTIME fighting with Breazeale, who has a good name. So hopefully with this fight, I beat him and move on so people can see I’m able to beat good guys.

“I think I’m more well-rounded than Breazeale. Also, you can’t forget that I’m actually 6’ 6”, 240, so I’m not that small. I know a lot of people look at me like I’m smaller but I’m not that small. With that being said, I’m smarter, got a great team, we’ve had a great camp and I’m really good too. I’m faster than Dominic, I have better footwork, better defense, and better defense. So I’ve got to bring all of that in there, do what I’m good at and I’ll be fine.

“I think a win will hopefully help me move past Fury. But also it will put my name up there, to solidify my spot there. I don’t think this fight will get me a title shot but it will be a good shot on the way.

“I think you can expect a good fight, two good fighters. Dominic probably feels he has a point to prove and probably going to come out and be aggressive and try to come after me. I’m sure I won’t have to look for him and I’m ready for that. People can expect an exciting fight and a good night of boxing.

“Dominic is an aggressive guy so I have to be smart. I have to be who I am and set him up and I think I will be able to do that.

“I don’t feel a lot of pressure. I just have to be myself and I have to do what I do, what I’m good at. This is a big opportunity for me so I try to be positive. I waited a long time to get to this level, I’m finally here and I’m not going back.”

“I’ve been in some brawls, but I really haven’t ever shown my true boxing abilities. Me, Mike Stafford and my father (Robert Easter, Sr.) just worked on boxing and being myself.

“During COVID it really set me down and being off for all that time and never really knowing when I would get that call to get back in the ring. So I really had to focus up and I had to be ready whenever I was given that phone call. It motivated me. Plus, I had to look over my son and make sure he was alright. So it really put a different drive in me. This pandemic really set everything back, but we’re more than ready.

“140 is definitely the place for me to be right now. That’s the future. We’re worried about present right and capturing this title at 140.

“I’m just worried about me and showing my skills and everything we’ve worked on in training and this camp.”

“We fought in the amateurs and he beat me so there’s definitely a little chip on my shoulder there. I want to get back at him and let him know that I’m not a 16-year-old kid anymore.

“This fight is going to put me right back up there to be in a position to fight any of the champions or top contenders in the division. This fight is definitely going to steal the show.

“I’m focused. My mind is clear. This fight right here gets me excited. We’re two Ohio fighters with history – I’ve got a chip on my shoulder. It’s going to be an action-packed fight and I’m going to bring it. I’m not really surprised that Easter says he doesn’t see much difficulty in fighting me. I kind of expected him to say that. Easter is Easter.

“It’s going to be very important that I let my hands go against Easter. I feel that this fight is going to have so much action. I’m clear minded. I’m ready. Saturday night, we’re going to get in there and let it fly.

“Words can’t explain how excited and anxious I am for this, to tell you the truth. I’m just so ready for Saturday night. I’m ready to get the weigh-in over with, get under the lights on Saturday night and put on a show. It’s going to be an entertaining fight. A lot of people are saying a lot of things about me based on the Josh Taylor fight. So, it’s kind of like I’m battling two things.

“Easter just needs to come with it on Saturday night. I always knew this fight with Robert Easter was going to happen. I don’t know why, but I just always knew that we would meet again in the ring. I think it’s because we were both in Ohio – he was in Toledo and I was in Cleveland – and I just always thought I’d get this fight. I just didn’t think it would happen like this in a bubble.”