Tyson Fury and Anthony Joshua have several options open to them regarding a championship TV deal on both sides of the Atlantic.

This year, the champions will lock horns in an encounter billed as the most significant British heavyweight contest in history.

Fury vs. Joshua will almost certainly occur outside of UK shores. Despite both fighters hailing from the British Isles.

Firstly, touted venues in Las Vegas and the Middle East may be the only two real possibilities moving forward. And the event site can have a knock-on effect on what kind of broadcast deal gets over the line with their respective teams.

As we know, Fury fights on BT Sport in the UK. Joshua on Sky Sports Box Office exclusively. ESPN and DAZN in the US.

Taking the fight away from home, Box Office predictions of up to £49.95 per purchase – which WBN first revealed in December, are indeed gathering pace.

In any climate where a fight of this magnitude featuring two boxers from the same country feature, Sky Sports Box Office and BT Sport usually share broadcast duties. 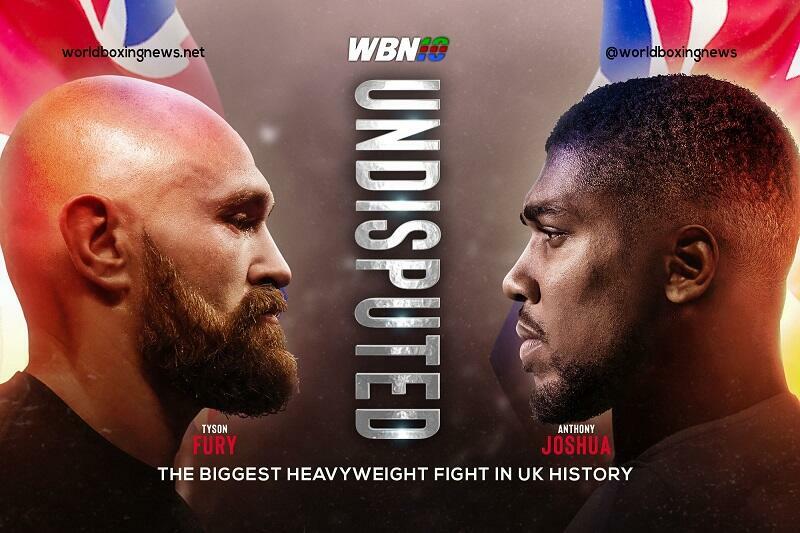 If Fury vs. Joshua happens in Vegas, which is now favored by Eddie Hearn, Sky and BT would have no problem sharing custody.

Should the unfathomable take place and the undisputed collision does head to the Middle East, there are no guarantees about BT Sport’s involvement.

Joshua’s TV giants at Sky Sports Box Office may be able to take the event exclusively to their platform, ahead of BT.

While in the US, DAZN will have a say in what goes down too. Their stake is due to their ongoing deal with Matchroom USA.

Top Rank boss and Fury’s US handler Bob Arum will argue that the fight should be televised solely on ESPN PPV. In order to reach the most households possible.

The only sticking point is whether DAZN, a streaming service by trade, will accept. Alternatively, put forward a different PPV platform on a one-off basis.

US fans are accustomed to going through DAZN in this kind of manner. Therefore, Arum may be willing to cut a deal.

DAZN has a host of territories around the world. This fact means Arum could barter for ESPN PPV to have sole rights and DAZN to take the rest of the world – barring the UK, of course.

Furthermore, there’s much to be discussed. Provided Fury vs. Joshua can finally be signed in the coming weeks.