A three-time ruler at 200 pounds, Steve Cunningham, challenged anyone out there who has questions about his solid physique.

Always in fantastic shape, ‘USS’ sent out a strong message to all those who believed he put anything synthetic into his body.

“I’ve faced accusations of using peds. And accused of having injection marks on my abs,” stated Cunnigham.

“I’ve also told a few to bring me on their podcast so we can talk about this out loud. I got no response.

“I will go on any podcast, any show and easily dispel these fictitious jealous lies,” he added.

Previously, Cunningham had pointed out that those who make the accusations could be suffering from body envy.

“‘Those have to be injection marks!’ – said by guys whose bodies look like putty and play-doh. 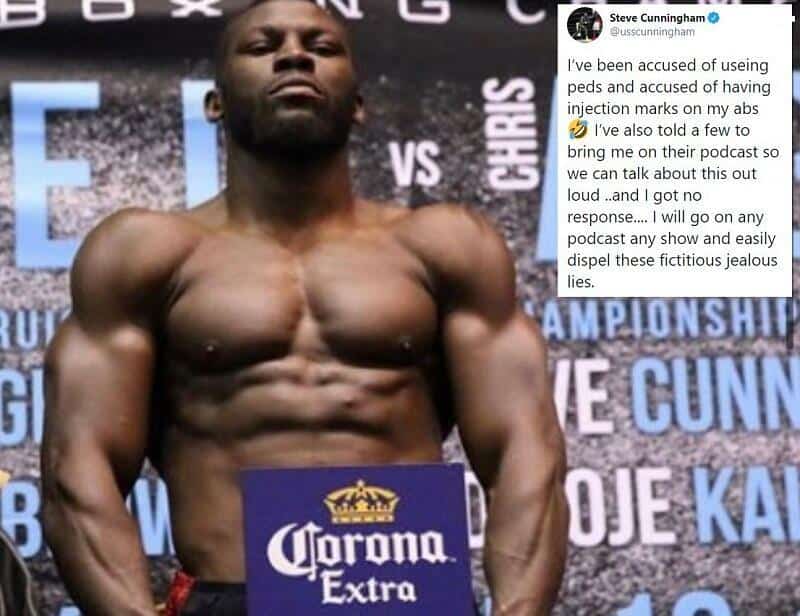 “How else will they explain to their wives or girlfriend why they don’t look like the guy she’s getting hot over on social media.

It’s been three years since Cunnigham last fought in a unanimous loss to Andrew Tabiti.

At 44, the door remains open in the current climate.

Certainly, exhibitions can head the way of Cunningham. He has title credentials stretching back to 2007.

Mixing it with Marco Huck, Krzysztof Wlodarczyk, and Yoan Pablo Hernandez during a standout era for the division, it’s still the Fury fight that lives long in the memory.

Introducing himself to a United States audience in his first big stateside bout, Fury hit the deck from Cunningham’s sweet punch in the second round.

The punch has since been repeated on TV over and over again. It has evolved into Cunningham’s signature shot.

https://t.co/uT5Lv9SG8Z The #comicbook is *********FINALLY AVAILABLE FOR PURCHASE****** Link in bio Purchase the first installment of the 3 part saga #USSVSHARDCORE pic.twitter.com/MguY3wDhg3

In other news, Cunningham is celebrating the launch of his USS Comics series. A three-part-special kicked off the printed edition worked on by the fighter for some time.

An example of a former champion continuing to innovate outside the sport through their ideas and hard work.