Australian puncher Lucas Browne believes Andy Ruiz Jr. is over at the top end of the sport following his heavyweight title shocker in June 2019.

Earning a career-high purse, ‘The Destroyer’ lived his best life and spent most subsequent months partying.

The trouble was, Joshua wanted his belts back and had an immediate rematch clause Ruiz had to adhere to in a certain amount of time.

Joshua and his promoter Eddie Hearn took Ruiz out of his American comfort zone. The fight went down in Saudi Arabia, and Joshua gained his revenge.

Ruiz was beaten easily due to mobility issues, coming into the bout overweight and unprepared despite significant weight loss reports.

AJ danced around for twelve rounds making sure Ruiz couldn’t get any of his haymakers off. It was a straightforward avenging for the Briton.

Asked for his thoughts on what went through his mind when Ruiz pulled off the victory in New York, ‘Big Daddy’ Browne gave a stark response in jest.

“I thought to myself, ‘The little fat f-er did it!” 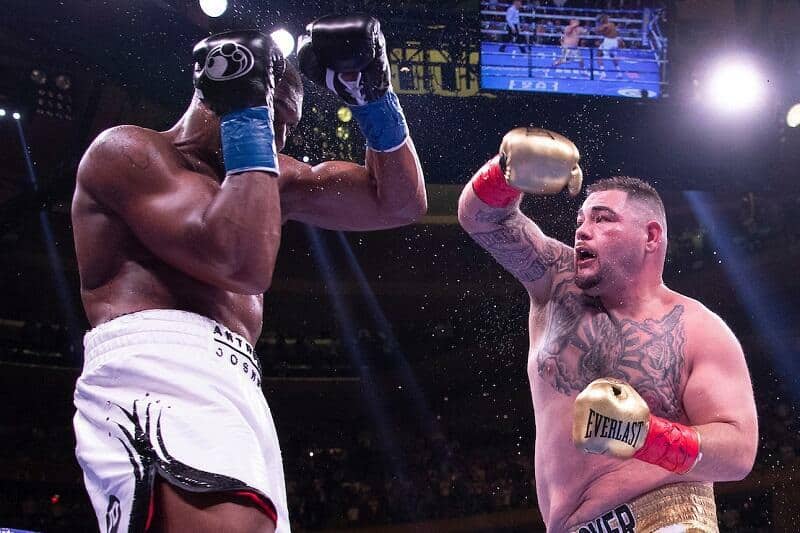 On whether Ruiz could once again reign supreme after linking up with Canelo’s coach Eddy Reynoso, Browne added: “No, I think Ruiz is over and done at the top.

“He’s had his big-money payday, and he’s happy. He’s enjoying his life now.”

Joshua will move on to an undisputed clash with Tyson Fury in the coming months, with all his belts back intact.

Browne can only see one outcome, though.

“I think it will be a great fight with Tyson Fury winning on points. But I think Fury will try to do the same to AJ as he did to Deontay Wilder (go for a stoppage from the first bell).

“I  know I would. I’d use those tactics if they worked for Fury before.”

Answering whether he sees Joshua as a top-level Hall of Fame heavyweight champion once he retires, Browne exclusively told World Boxing News: “That’s a hard one.

“I think with what Anthony Joshua has achieved (two-time world heavyweight champion), yes, I think he has to. But we all know the talent pool wasn’t as large.”