Hearn spoke about all things boxing, all the major talking points of which are below.

You can listen to the interview in full on Sirius XM or DAZN.

• Received an email from the IBF regarding Teo and Kambosos’ purse bids.
• If this goes to purse bids, DAZN, PBC, and Top Rank can bid for this fight
• This will be an exciting week. This puts pressure on Arum and Top Rank to make that deal with Lopez.
• Plan for Devin is to be active in April. Garcia could fight Fortuna.
• Haney-Linares is an option as well.
• Devin Haney is a phenomenal talent, but he still has much to prove.
• Will do everything he can to get Lopez. He’s one of the big stars of boxing, who’s fantastic for the sport.
• He doesn’t think Lopez is happy right now.
• Arum doesn’t want to pay any significant money right now because of where we are.
• But he does expect Bob and Teo to reach a deal. This isn’t something he wants to be taken to a purse bid.

• Expects a complete sellout for the Canelo fight against Yildirim.
• This is the first time he’ll be fighting in Florida for such a big fight.
• What Ali did was incredibly courageous, especially as a fighter.
• Ali knew there would be consequences in the ring for his actions outside of it.
• AJ is big on how a man should carry himself and his obligations to his family and people around him.

• No one will ever have the impact Ali had, but people can learn from him.
• Ali was as far away from a sellout than you could ever be.
• Where is Andy Ruiz? He needs to get back in the ring. Wilder needs to get back too. The HW division is so exciting with all the talent there is.
• Bob Arum called him last night. He said they should lay low on the AJ-Fury talks. Please wait until the contract is signed to announce it.
• The time to educate Billy Joe on how to behave on social media has passed.
• Ideally, Canelo wins on Feb. 27, Billy comes in the ring, they go head to head and announce the fight between them. Hoping the announcement can happen live on DAZN. 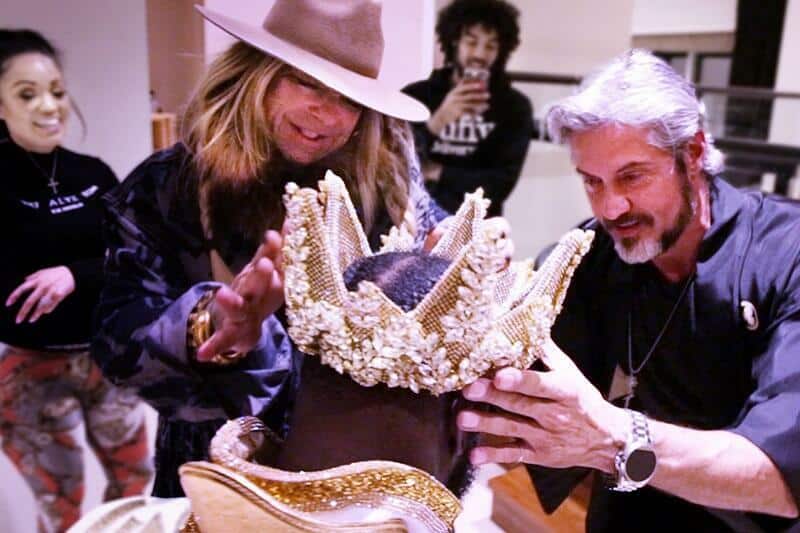 • Mark Breland was actually one of the most underrated fighters he’s seen.
• To have the accusations that were thrown at Breland over Deontay Wilder’s stoppage was a disgrace.
• Breland’s comments were out of character, but he’s just had enough.
• Deontay Wilder needs to get on with his career.