The man who stopped a faded Mike Tyson in 2004 was dragged back to the ring again in 2020 as Danny Williams lost for the 29th time.

Williams’ defeat represented a third loss in five bouts since the former heavyweight contender promised to walk away three years ago.

‘The Brixton Bomber’ has promised in several WBN interviews that he’d leave boxing, none more infamously than in July 2018.

At the time, Williams had just shared the ring with former Commonwealth lightweight champion Lee McAllister.

Amazingly, McAllister had been competing at 147 pounds before ballooning in weight to battle Williams.

Williams lost out to McAllister via stoppage after being dropped three times by the ex-135 pounder.

Eventually and shockingly taken out in the tenth round despite the huge differential.

Honest as ever, Williams has signaled his intention to follow through on an offer of alternative employment.

“I was terrible (against McAllister in Aberdeen) and couldn’t get my shots out,” Williams told the Evening Express. 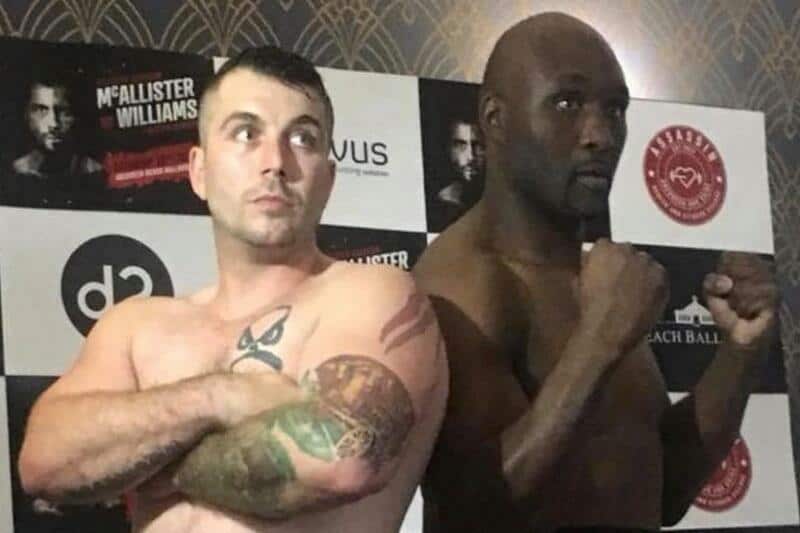 “If you were to come and fight me, it would have been different. But Lee backed up and threw combinations and boxed very smart. McAllister did very well.

“Things like beating Mark Potter. Me became the only fighter in boxing history to win a fight with a dislocated shoulder.

“That can’t be taken away from me, nor can being second only to Henry Cooper in (British) title defenses.”

Outling his intentions to fully move on, Williams continued: “I am going to do some bodyguard work in Nigeria.

“It is a very risky job as I will have a gun with me. I have a gun license. I am definitely, totally finished with boxing,” he affirmed.

We now know that the armed job offer was not enough to keep Williams out of the ring. He returned in February 2019.

Beating undefeated Boban Filipovic, 43, proved another false dawn for the Londoner. Williams was immediately wheeled out against young contenders and lost on two occasions.

A 54th career win over a 0-8 no-hoper led Williams to his latest offering during the pandemic. Hopefully, there won’t be any other comebacks for the likable Briton.

Sadly, the Mike Tyson win will always follow Williams wherever he goes. Furthermore, he will still have opportunities to return.

Maybe the victory wasn’t a blessing for Williams but more of a curse?