Dismissed Deontay Wilder coach Mark Breland has continued his media tirade by reiterating that he would be able to beat Anthony Joshua in his prime.

A former 1982 World and 1984 Olympic welterweight champion, Breland sees his skillset as enough to see off AJ and others competing today.

The trainer made it clear he was talking in a pound for pound argument.

Breland’s comments come after months of mudslinging online following his decision to pull Wilder out of his title fight with Tyson Fury.

The pair no longer speak, and Breland has had enough of his reputation ripped to shreds in the column inches.

His latest assault was to clear up what he said during an interview taken out of context about Wilder and British unified heavyweight ruler Joshua.

“Anyone who thinks I meant I could beat AJ or Deontay’s opponents now at age 57 doesn’t require a response,” stated Breland.

“At my age, the only fight I’ll have is the one for my life! I ain’t getting hit no more. I’ve had my share of bouts.

“As a fighter with a little experience. I’m speaking about what I see. 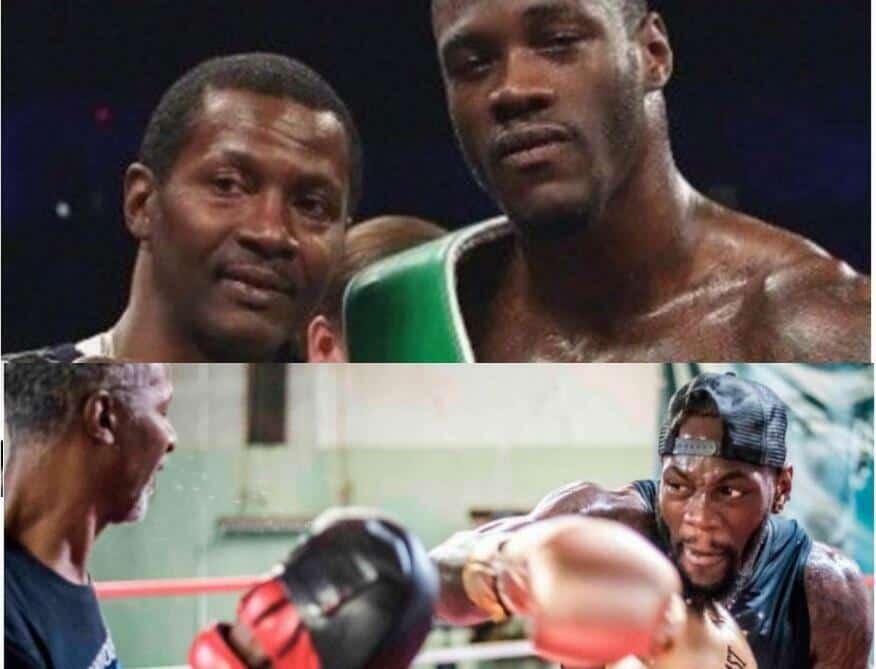 “I stand by my words. The skillset and boxing IQ I see on AJ and many other fighters that my former fighter fought would not get past a few rounds with me (if we were in the same era and weight class, obviously).”

In fairness to Breland, he does possess a record bettering the great ‘Sugar’ Ray Robinson during an outstanding career.

And although his professional heights didn’t reach stratospheric heights, Breland can boast five Golden Gloves titles. One more than the great Robinson.

Regarding his ungrateful dumping from Deontay Wilder’s team, Breland is planning to spill the beans in full on the pages of a forthcoming book.

“Now you can call this the ‘official’ Mark Breland speaks. I’ve had enough. I’m going to say some things that I reserved for my autobiography. (still buy the book, there’s so much more).

“I’ll use my platform since I’ve been ‘opened like a can of sardines.’

“When you’ve been holding onto something for so long, and you’re p—ed off about it, obviously anyone can push your buttons. All kinds of stuff may come out.

“But that’s not the environment that I would have chose to speak on,” he pointed out.