Home » Fired Deontay Wilder trainer to reveal all in autobiography

Fired Deontay Wilder trainer to reveal all in autobiography

Mark Breland, an Olympic gold medal-winning fighter-turned respected cornerman, is writing a book that will include a tell-all about his time with Deontay Wilder.

Wilder’s 57-year-old now ex-coach was dumped after the American heavyweight blamed Breland (among other things) for his loss against Tyson Fury.

In February 2020, “The Bronze Bomber” was stopped by Fury in seven devastating rounds. The aftermath was a subsequent tornado.

The former WBC champion unceremoniously fired Breland. Wilder struggled to cope with suffering the first loss of his career.

Following a couple of social media posts and a recent media outburst, Breland saves some of his best stories for his autobiography.

Outlining his plans, Breland will give fans even more insight into ending the relationship with Deontay Wilder if they purchase the forthcoming installment.

“Now you can call this the ‘official’ Mark Breland speaks. I’ve had enough,” stated Breland. “I’m going to say some things that I reserved for my autobiography (still buy the book, there’s so much more).

“I’m going to add a couple of pics, one a quote from a daily news reporter where he says ‘Mr. Breland is usually quiet unless it’s something he’s passionate about.’

“So true, and this is one subject that has me passionate, actually beyond passion!” 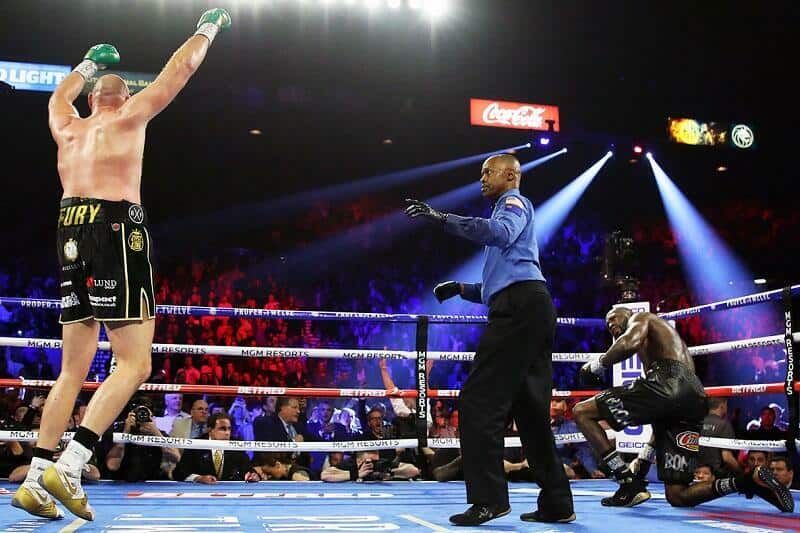 Continuing by addressing a recent podcast appearance, the 1984 Olympian added: “So I’m not giving nobody this interview.

“I’ll use my platform since I’ve been ‘opened like a can of sardines.’

“On the last podcast I was on, damn, they couldn’t even wait till the next show to talk about me.

“I went on that show following my request with them for no Deontay talk. But when you’ve been holding onto something for so long, you’re p—ed off about it. Obviously, anyone can push your buttons, and all kinds of s–t may come out.

“But that’s not the environment I would have chosen to speak on.”

Now, Breland will save most of what is left unsaid for his book, which should be available later in 2021.