The latest edition of the Steven Tannenbaum Column on WBN ‘Hooks, Jabs & Zingers’ looks at the delayed fight between Canelo Alvarez and Billy Joe Saunders.

Canelo and Saunders were due to meet on May 2 of 2020. They could now collide on May 8 in Las Vegas.

I know Billy Joe Saunders will lick Canelo if inept or dirty judges don’t screw him.

He’s a brilliant technical boxer who’s an absolute nightmare for most orthodox fighters.

A tricky southpaw with great legs and masterful ring generalship, he’s as cute and cunning a fighter as you’ll find anywhere.

No doubt Canelo is also a thinking fighter with lots of power who places his punches very well. But his feet aren’t the greatest, and he isn’t the busiest fighter.

He moves forward very effectively and does quick counters, but you can’t hit what isn’t in front of you.

I presume Saunders will be moving, circling, dipping, slipping, and turning Canelo through most of the twelve rounds.

Saunders has a power like Andre Ward is very underrated.

When he plants his feet and wants to have a go with you, he can more than keep you honest. Add to this swift hands with an uncanny ability to punch through your defense.

And as with Ward, because he’s not known as a big puncher, one might assume, Saunders is not the most muscular guy around. It is just the opposite. 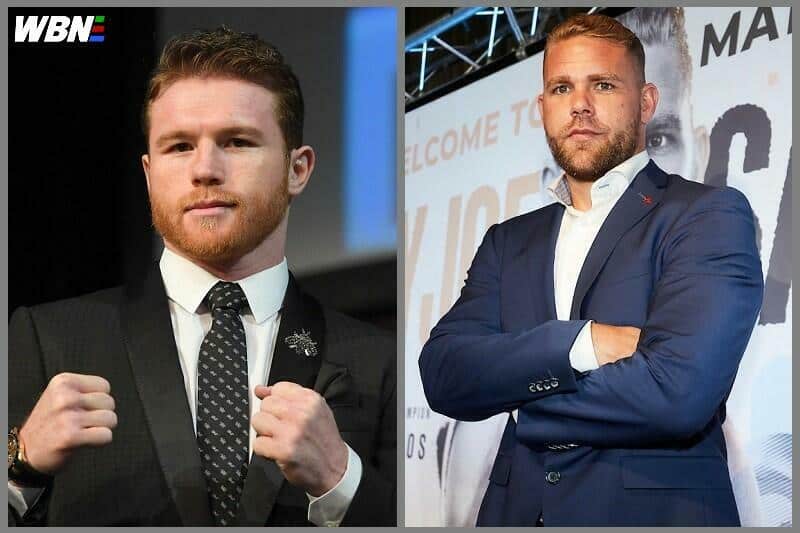 Saunders is a genuine hardman, very courageous and deceptively powerful, who will lock up Canelo on the inside whenever Canelo tries to get close and crowd him.

Canelo was able to walk down both Callum Smith and Kovalev, but Smith is an overrated fighter who was one dimensional In the ring that night.

And Kovalev who was outboxing Canelo early was a shot fighter.

Saunders has excellent imagination as a boxer, a much superior rounded fighter to Smith. And can offer so much more to confuse Canelo.

I expect Canelo to tag Saunders with one or two big shots throughout the fight, but Saunders takes a great shot.

Unless he gets hit with something, funny Saunders wins on points, most likely on majority or split decision. With Saunders a clear victor to all but Canelo’s Mexican fans.

You got to ask yourself who the judge scored it an even fight or called the fight for Canelo. And why was he /she put there?

The views in this article are that of experienced boxing manager Steve Tannenbaum. A column contributor to World Boxing News.